Login
खबर लहरिया Development The Many Voices of Ayodhya

The Many Voices of Ayodhya

Ayodhya: “During Mayawati’s time, we received benefits for free. Whatever Modi gives, one has to pay for it. The conditions in this colony weren’t so bad seven-eight years ago,” says Kamini, a resident of Kanshiram colony in Ayodhya. Of the 3,000 or so flats, more than 500 are in varies stages of decay with run down floors, roofs, stagnant water, no drinking water or electricity.

Infection and diseases are rampant. Kanshiram colony is a housing colony built for the poor during the BSP government’s rule and is located just yards away from the “holy site” more famously known as Ram Janmabhoomi.

As opposed to the neglect of the colony, Rs 3 crore have already been spent by the Adityanath government on intricately carved bricks and stones already laid out for the Ram temple at a site close to its proposed construction.  “The whole country wants it, so the court should give the go-ahead for it. We have begun preparatory work,” says Swadesh Ram, caretaker of Ram Janbhoomi Nyay Nyaas.

This is a trust formed by the Vishwa Hindu Parishad (VHP) to oversee the temple construction. Swadesh Ram added, “Work is going on in full swing and is almost 75% complete; there is a team of labourers, mistris, and a supervisor. The temple will be two storied, one of which is complete.” 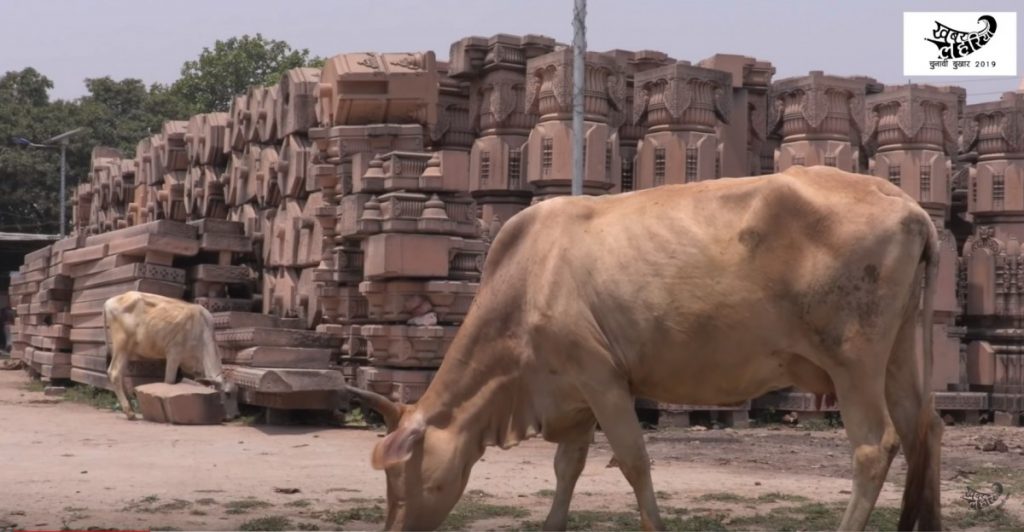 Work was indeed on in full swing as shown to us by an eager guide pointing at carved blocks and statues in every direction:

“Stone cutting and carving work are almost over; it will take some time because there are procedures and leaders who have to check at every step. Things are getting done and will hopefully get completed in the next five years.”

The previous Akhilesh Yadav government had, in fact, banned all work and transport of stones to the sites.

Now, the eagerness and impatience are more palpable in Swadesh Ram’s words, “The court is not willing to take a decision, but there’s no question of it not being made. The Muslims don’t come here for Namaaz anymore, but Hindus do come in thousands for the Ram-Leela Darshan. The government is spending crores on this temple and there are more extremists being killed now. Why? The whole nation wants a temple built here.”

This didn’t encapsulate the nation’s mood though if one listened to more residents at Kanshiram colony. Lalitha, another resident, spoke to us: “We want the Mayawati government to come back, and get houses and facilities like before which we never got under any other government.” The community at Kanshiram Colony is heterogeneous, with people of most castes and both Hindus and Muslims residing.

Everybody is thus equally denied of their basic needs: “Water is terrible. People still drink it, get sick and have to get treated.” says Meera, a resident. “People were made to come here saying there are many empty rooms in the colony. But there are no basic facilities like electricity. These and property titles need to be given to residents, officials need to come and inspect,” said another resident. 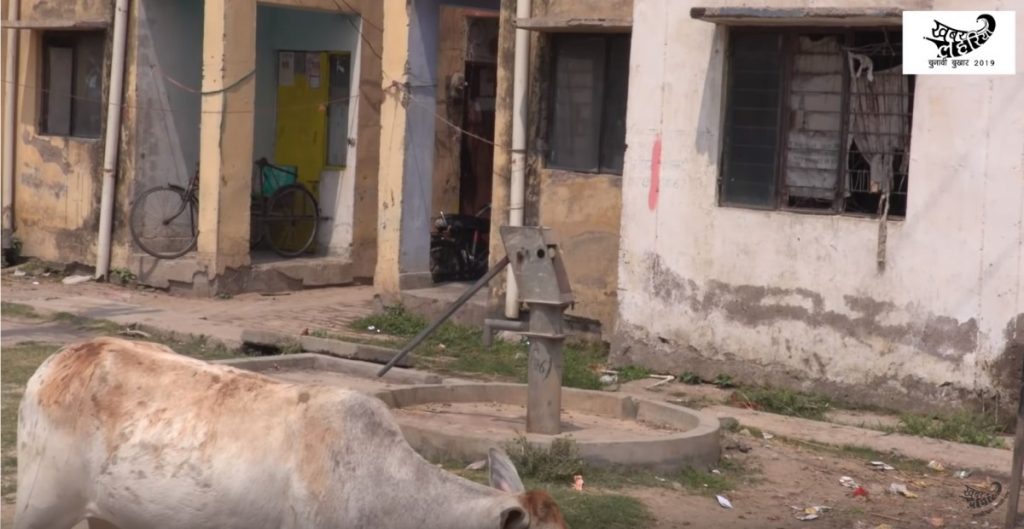 For now, that may remain wishful thinking, even at a colony juxtaposed next to the abundance that was the Ram temple preparatory site. Each large red-sandstone block being carved was said to cost Rs 2-3 lakh.

“I have faith only in the Modi government to get it made,” said Rajnikanth, one of the stone carvers from Gujarat at work on the blocks. Even before construction, the site is overwhelming the way some large structures are made to be. There are 10-12 people working in two-three schedules, only on the blocks. The temple itself will be 268 feet high, 140 metres wide and have 212 pillars.

The only go-ahead that’s pending is the one from the Supreme Court. As Jitendra Chourasia, a businessman said, “The court is not giving a decision so far but we hope it gets built if Modi Ji comes into power again. Everything is better since the past five years that he is in power.”

Swadesh Kumar even had this to say: “At least the court should give us a negative decision, we can put some pressure on the government to get it done. The Somnath temple is a good example where Sardar Patel brought the matter to the parliament and got it made.”

Ayodhya thus presents differing voices on how its residents have or have not been served by various governments, political waves, and larger-than-life leaders. Some like Jatav Ram, belonging to the Kewat (OBC) community represented deeper complexities. He resides in a Kanshiram Colony flat that is beyond unliveable: broken and exposed water tanks, stagnant water on the floors, run down walls and ceilings, defunct bathroom.

He never applied to the PM Awas Yojana as he didn’t have money at the time to fill an online form. He knows of many people who’ve applied and are yet to be granted funds. He also admitted to not receiving any new facilities in the past five years of the Central government. However, when asked where his vote would go, he said, “I voted for the Lotus last time and will do so again.” 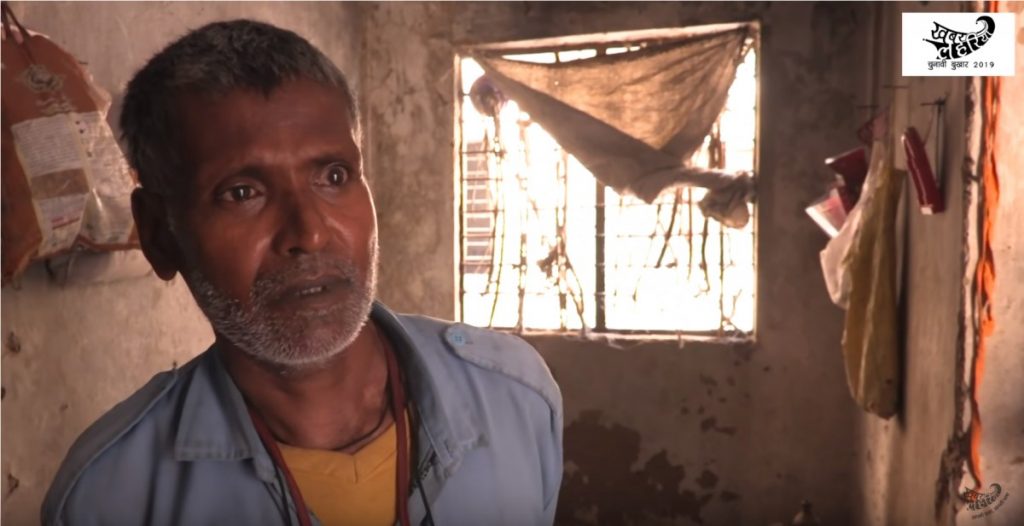 There were many like Jatav Ram who went along with the sweep of the lotus and the leader representing it. What hopes these votes represented and what it could do for those who had cast them remains to be seen.