The Conundrum that is a Feisty Woman Journalist in Bundelkhand 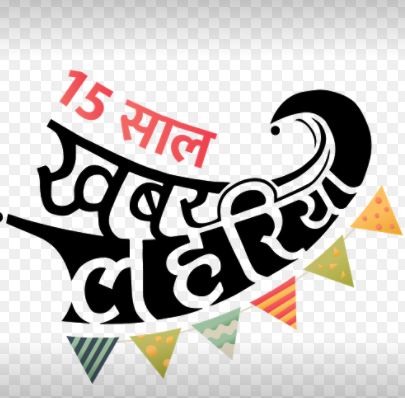 One of the best similes we’ve come across in our 15 + years of existence to capture what we do everyday, indeed who we are – the experience of being women journalists in India’s hinterland.

Because the fire is in our bellies, but also raging around us, threatening to engulf us with its prejudices, expectations, norms, stereotypes, and then some.

‘Male reporters often wondered why I was in this “dirty” profession,’ laughs Riya Singh, when we meet her on a busy street. We laugh with her, and share our reasons for the interview, which we do on a shared auto ride through the lanes of Banda where she works and reports in everyday – that we set out to scout spirited women like us, in a spirit of celebration of Khabar Lahariya having completed 15 years. We roll our eyes at all the advice we’ve ever got from our well-meaning peers, indeed continue to get, as we jostle crowds and sniff out the stories, and stand head and shoulders above – metaphorically – the dicks in the profession. ‘They advised me to join a beauty parlour, a grocery store, or a sari ki dukaan,’ says Riya.

A 15-year special series profiling women journalists in Bundelkhand, we met with news anchors and reporters across different media outlets both in TV and print. Along with Riya Singh who works for Nav Karm Yug paper, we met Saumya Srivastava, K News Anchor in Banda and Aakanksha Shukla, City Star News. Fighters all, and like most self-driven hustlers who’ve had to make noise to stand up and get noticed, they all had that element of performance that’s oh-so familiar and rings so true.

Given the dismal literacy sex ratios across the country – 57.18% Female literacy, to the male 77.28 in UP itself – perhaps just the existence of like-minded women is cause celebre. In a world where women are only encouraged to keep homes well, Riya’s “hatke” hunger stands out, ‘Girls usually don’t aspire to be journalists. Either because they aren’t allowed to, or because they’re scared.’

Being on the field is an imperative for a journalist, but what is known as ‘exposure’ can only be detrimental to a woman – such are the pre-conceived notions women battle with every day. Who wants their girls to be ‘exposed’ after all? Mindsets like these are big reasons why, year after year, girls drop out of schools. And also why they continue to make “safe” career choices such as opting for nursing or teaching, with latter being most prominent. In a state that has always been notorious for crimes against women and never fails to top polls on violence against women – our own reports on rapes, domestic violence, and sexual harassment are high volume, high intensity – safety becomes all-important.

Aakanksha Shukla, a prominent face on television, with her own show, has battled sexist attitudes, jibes, slander and trolls on social media, and even fake lawsuits. She has suffered harassment at the hands of her co-workers and from other male reporters. The attitudes are embedded within the fabric of society, ‘When a female journalist reports for duty, she’s first asked for a personal introduction. She’s asked about her family, then her clothes are commented upon. All of this is downright disrespectful.’ It’s the same old problem of boundaries, as Saumya Srivastava, all of 23, puts it, ‘Bundelkhand is a place that still wishes to confine its women to the house.’

It is from within these social mores that Riya, Aakanksha and Saumya have come forth – it is no wonder then that they channel a little bit of Napoleon’s I came I saw I conquered swag. In their clawing to mark a space that is theirs, to get their peers to take them seriously – or atleast to try – who can blame them for a little bit of a posturing after all?

Aakanksha breaks down as she shares details about the lawsuits that were filed against her, and rants against patriarchy, adapting a holier-than-thou stance, ‘I chose journalism in order to battle injustice. Even if people try and suppress certain news items, I make sure the truth comes to light.’ And then is quick to quip, in almost radio jingle-style “Koi baat nahi, haar ke baad hi jeet hoti hai! (That’s ok. After loss, comes victory).” Saumya’s self-assuredness too comes from years of rehearsing, both on the camera and off, ‘I come from Banda, where people still believe that girls shouldn’t do jobs that require any sort of exposure. They believe that girls should take up professions like teaching. Journalism is still frowned upon. People don’t want their girls to be known or recognized.’ Her own family she insists is her support system she says and adds, ‘I take pride in the fact that I am a well-known face in Banda!”

The journey is a tough one, we tread the off-beaten path every single day to know that, and even when you do “make it”, the discrimination does not end – we know this. Data backs it in the form of statistics of skewed salary gaps, for instance: According to a report by Monster.com, women in the country earn less than 25% compared to men; a man earns 345.80 rupees per hour, while a woman earns only 259.88 per hour for the same work. So even if women do beat the odds and actually complete their schooling, they are met with discrimination at each subsequent step—making their path to employment a minefield. And if, by some miracle they do manage to get employed, they are harassed and discriminated against, leading many to quit.

Striving against it all is an arduous choice. When Riya speaks of her initial fears and reservations, we couldn’t stop ourselves from harking back to our own early experiences. The specificity of them was déjà vu for us in ways both good and bad, ‘I still remember how on my first day, I was told to interview some officials at the Vikas Bhavan. I spent all day simply walking around and peering into the offices. I simply did not have the courage to actually enter any!’

And when she adds, the very picture of confidence, ‘Today, I can speak to anyone – from the DM, to the SP, to the Collector. You have no choice but to overcome the challenges,’ we can’t help but count our own dreams and visions – that have haunted us, and egged us on, all through these 15 years.