Varanasi. On his very first trip to Varanasi – his constituency – PM Narendra Modi laid the foundation stone of a Trade Faciliation Centre and Crafts Museum for the Bunkar (weaver) community in Bada Lalpur. But 17 months have passed since the BJP government came into power, and construction work for this centre still has not begun. The Bunkars say that they were not helped by Modi’s visit – and in fact, their troubles have only gotten worse. Earlier, they used to go to the Crafts Revival Trust in Chaukaghat to get weaving supplies at a lower cost. However, under the new government, they have been struggling to get these supplies. 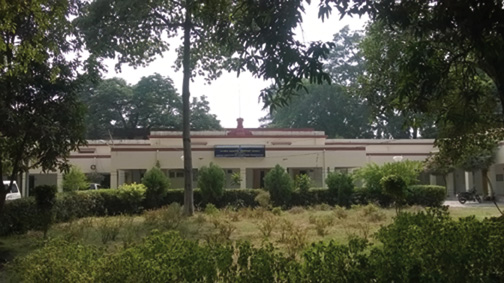 Bunkars from Lallapura, Alaipura, Bazardiha, Lohta and many other places used to get cheap weaving materials from Chaukaghat. Sabir from Lohta tells KL Banaras that earlier, members of this community could show their “Bunkar Card” (a credit card specifically for the Bunkar community) and get cheap supplies, but for the past year – since last August – they are not getting those supplies anymore. Weaving supplies are much more expensive in the market.

Bazardiha’s Hussain, Mobin, and Pappu say, “Everything is getting so expensive – we can’t even eat dal these days. On top of that, the Chaukaghat centre won’t sell us low-price materials anymore. We don’t even know what to do. When Modi came to meet us he said that he will make Banaras’s Bunkars so well-known that they will compete with China, and will make their mark on the world stage. Compete with China?! We’re struggling to fill our bellies.”

Assistant Commissioner (Handloom) and Banarasi Vastra Udyog Association member Nitesh Dhawan said that in Bada Lalpur, consyruction was handed over to a company named HSCL (Hindustan Steelworks Construction Limited), but because their work was unsatisfactory, the government has given over the contract to a company named BCC (National Building Construction Corporation Limited). “The paperwork for the transfer is taking place right now, and it will be complete by 5th November. They will start work on 25th November. And coming to not getting the materials, the way we distribute materials has changed. Our officers go to the villages and check who is actually engaged in handloom work, on the basis of which they make a list that goes to the Centre. Only then do they get permission [to distribute the cheaper materials].”

The textile industry, with its automated looms and cheap labour, has slowly taken over the market of handloom weavers in India. The Bunkars do painstaking, detailed work all day, at the end of which they have made about Rs. 200 – less money than an rickshaw driver makes in a day – according to this article by Sadda Haq (written shortly after Modi made his visit). The textile mills make copies of Banarasi saris and sell them to consumers who don’t know the difference. “True” Banarasi saris are incredibly expensive – yet very little of the price paid by the consumer makes its way to the actual weavers.

Recently, a “bhumi pujan” was held on the land in Bada Lalpur where the centre is to be built. The new agency has been directed to complete the work in 18 months. According to this Indian Express article, administrators are confident work will begin soon.

Leela, Struggling to Stay Alive, Is Failed By Public Infrastructure

“I’m No Less Than Any Other Politician.”