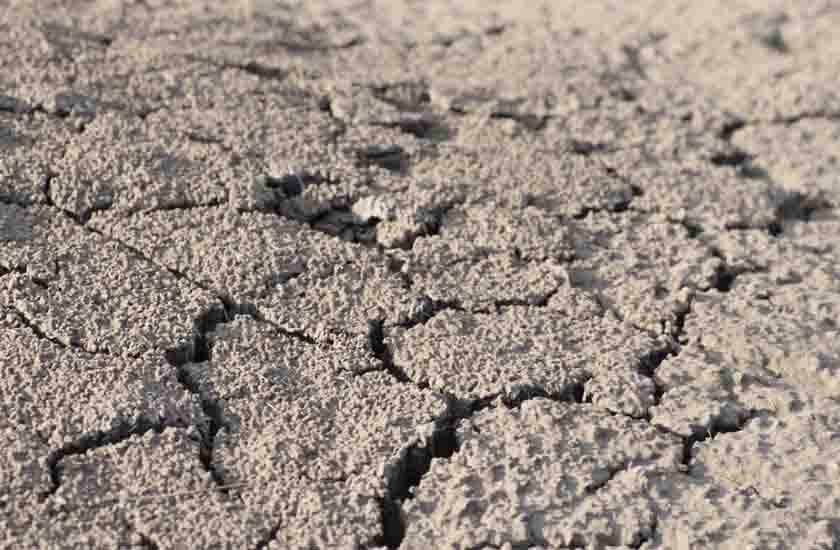 For farmers already reeling from crop Failure in Lalitpur

According to Pappu, a farmer in the village of Leheren in the Lalitpur district of Uttar Pradesh, only 10% of his land gives him good yield because he can only properly irrigate that much. “The rest is just a failure”, he added, glancing at the four acres of land he owns, filled with browning, dying crop. “There isn’t sufficient water available for all the farmers here to keep their land fertilized,” he said, voicing a concern universal in this small village in Mehrauni, Lalitpur.

“All the farms have dried up,” said Phoolbai, another farmer. And the problem of the lack of water extends beyond agriculture. “There is no water, not to drink and not for farming,” said another farmer Dhanshyam. “Even the animals in this village have to go searching for water, because there is nothing her,” added Pappu.

Decline in ground water levels has been very prominent in UP; a report by the Central Ground Water Board in 2016 found that 89% of analysed wells in the state have shown a decline in water levels in the last ten years. Ground water development in UP was at 74%, which measures the rate of groundwater consumption to groundwater recharge, one of the highest rates in the country. This has resulted in 37 blocks in the state being over exploited and 13 blocks in state with critical groundwater level conditions, a majority of which lie in western UP.

“Although we have dug deep wells in the village, there is no water,” said Dhanshyam, illustrating the reality of the groundwater crisis in Leheren. Data paints a similar picture. Of the 15 wells analysed in the district of Lalitpur in August 2014 by the CGWB, ground water was found at a minimum of 0.86 meters below ground level (bgl) and a maximum of 6.42 meters bgl; most wells showed water at a depth between 2-5 meters bgl. But even just by November 2014, the maximum depth went up to 8.49 meters bgl; most wells showed water at the depth range of 5-10 meters bgl. Although monthly fluctuations of water levels are influenced by the weather–primarily the monsoons recharging groundwater–decadal trends indicate that more than 50% of the monitored wells have shown a decline in the last ten years.

“Every acre of land needs to be supplied water from the pump for at least 20 days, only then will it be fertilized,” explained Pappu. The reality? “We aren’t allowed to use the pump for more than 20 minutes in a day,” said Shanti, another farmer, angrily. “Everything here needs to be bought, paid for out of my own pockets–seeds, manure, diesel and now even water,” she added. This is trapping farmers in a vicious cycle. They need to take loans in order to make the necessary arrangements for their land, but without water there can be no yield–which in turns means their income continues to take a severe hit. “If we take loans, then we need to not only repay the amount but also pay an interest,” said Pappu, “How are we to survive managing all of this and then also fulfilling the needs of our families?” With farming as the main source of income for many families in Leheren, making ends meet has become nearly impossible. “We have to borrow money just so that we can buy food to fill our empty stomachs,” said Phoolbai, “We are starving to death. Hunger and thirst have been killing our small children. What should we do?”

“We have asked for help several times but there is no one to listen,” said Dhanshyam, who filed a complaint about the lack of water in January earlier this year with the village head. The fact that 61.6% of water for irrigation comes from ground water sources like wells and tube wells. With declining monsoons–the only source of recharging groundwater–it is essential to establish other sources of water for irrigation. UP even has its own Irrigation and Water Resources Department to promote irrigation methods like drip irrigation, lift irrigation and canals. But even IDUP has little existing infrastructure in Lalitpur–it only has one   1.5 cusec tubewell in the district. Some, like Shanti, call it like it is: “The government has given us nothing.”

Ranveer Sen, the village head, thinks that the responsibility lies with the people and not with the government. “There are some in the village who have tubewells installed in their houses,” he said confidently, “They can lend water to those in need.” The lack of water has had a ripple effect on village residents, many of whom have started migrating to earn money to feed their families. Sen has a solution for this too. “As for those who were planning to migrate to Delhi or other cities, we’ve stopped them,” he said, “We are giving them work here, to build the 300-350 toilets.” The absurdity of his proposal–of prioritising the building of toilets in a village that has no water– seemed lost to him. Instead, he seemed pleased. “At the very least, we take care of 80 poor people,” he added, “We are giving the unemployed opportunities through MGNREGA and other schemes.”

Whether Sen is callous or just delusional is debatable, but the reality for farmers like Shanti only seems to be worsening: “We cry everyday, but there is no one to wipe these tears.” Mangal Singh, the local lekhpal said, “Until now we have not provided any such services. They may have been given by the SDM in-charge, but we are not currently offering help to people from our department.” Even worse still, he noted that the water problem in Leheren has not been conveyed to the relevant authorities till now: “No issues regarding water have been raised (in officials meetings)” he said, but added as though he was doing our reporter a favour, “But chalo, we’ll raise this issue shortly.” When asked when the problem would be resolved, he hesitated and could only say, “We will be sure to raise the issue in the next few days.”

In the meanwhile, Lehereni residents’ survival seems to be in question. “Without securing access to water, we don’t even know how we will survive and provide for our families,” said Phoolbai with a kind of hopelessness. With the apathetic government figureheads and worsening natural conditions, it isn’t hard to see why people like Dhanshyam believe, “There is no remedy.”