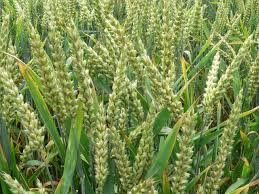 Chitrakoot District. It’s way past planting time, but farmers in Mau and Manikpur blocks in Chitrakoot are still awaiting seeds for their Rabi crop from the government-run seed stores in their areas. At the same time, the local agriculture department holds that there is no shortage of seeds in the district.

Rambodhan, a resident of Kopa village said, ‘This is the time of the season to sow chickpeas and wheat. The unavailability of seeds in our block, Mau, has led to many farmers like me to potentially lose my season’s yield.’ He and a few other farmers like Roshan, Ramchandra and Mewalal from the nearby Matiyara village have accused the officer at the Mau seed store. ‘He favours the farmers he knows and has been giving them seeds. But when we go, we have to leave every evening empty handed,’ they said.

Devendra Tiwari, the Incharge of the Mau seed store denied the allegations. He said that 320 quintals of chickpeas seeds and 270 quintals of wheat had already arrived at the block a few days ago. ‘Right now we are preparing lists of farmers. Once the paperwork is complete, distribution of seeds will also start,’ he added.

In the district’s Manikpur block, a similar situation exists. Sunita, from Chureh Kasheruva has also not received any seeds this season. She and other farmers agitated against the block-level agricultural cooperatives on 11 November. They marched to Karvi, and submitted a memorandum of appeal to the District Agriculture Officer, Mr. Arvind Kumar Jain. The Deputy Director of the Agriculture Department of Chitrakoot, Mr. Jagdish Narain Singh said that the seeds had been sent to various blocks in the district on time. ‘If farmers are not getting seeds, they should give a written complaint,’ he said.

Banda District. In Banda’s Palra village the Cooperative Committee that stocks fertiliser has stayed shut for the last 3 months. Farmers here also met with the Sub Divisional Magistrate (S.D.M.) and submitted a letter calling for the administration to inquire into the matter at the earliest. Ramkishor, a farmer from Sahoorpur village said, ‘Most of us have been forced to spend extra. We have been buying D.A.P.(Di-ammonium phosphate) from a private shop where the price is significantly higher than government rates. The S.D.M. R.K. Srivastav said that he has forwarded the farmers’ letter to the Ministry in Lucknow for further review.

Nutrition Rehabilitation Centres: Why Every District Needs One