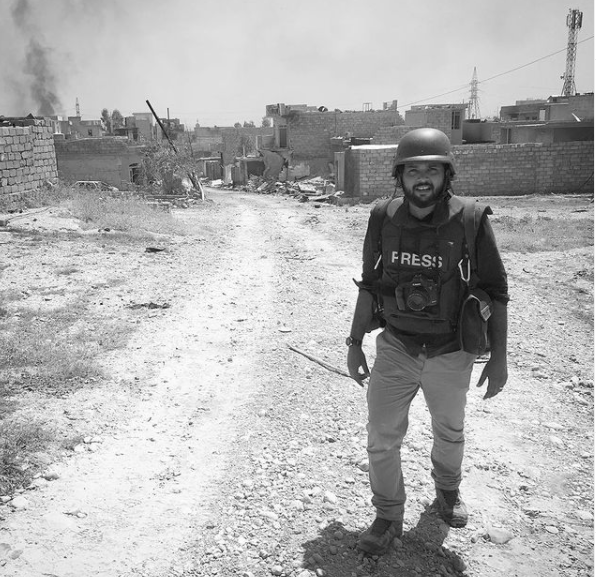 I first met Danish Siddiqui in 2017 when he visited Jamia University to conduct a workshop on photojournalism with students of Mass Communication. Within the first few minutes of the workshop, it was clear that his passion for authentic storytelling was not just profound but also contagious.

Ever since he graduated from Jamia in 2007, he was regularly invited for talks and workshops, and he rarely missed an opportunity to share his knowledge and experience with aspiring journalists. In my opinion, what sets Siddiqui apart from his peers is his distinctive process of conceptualizing a photograph. The depth that is widely admired in his photographs is a result of this process along with an in-depth research and a deep sense of respect towards the people who feature in his photos.

In his decade-long journey with Reuters, he covered many important global and national  events like the Rohingya refugee crisis, Iraq’s war with ISIS, the Hong Kong protests and India’s second wave of the Covid-19 crisis. His photographs didn’t just capture reality but humanised these stories which struck a chord with audiences worldwide. Siddiqui was a part of a team of Reuters photojournalists that won the Pulitzer Prize for feature photography in 2018 for their coverage of the Rohingya refugee crisis.

Our professors at Jamia would always encourage us to understand and consciously develop Danish’s empathic lens, so they were beyond thrilled to hear about his Pulitzer Prize because the world was now taking notice and honouring his empathic and compassionate approach to photojournalism. Mohammad Meherban, a photojournalist and Siddiqui’s close friend, describes him as ‘the God of passionate and fierce journalism.’ More recently, Meherban had worked closely with Danish while covering the second wave of Covid-19 in India.

‘I remember asking him why he took up so many dangerous assignments and if he ever feared for his life. But he always said that life was too short to be afraid.’ recalls Meherban.

On 16th July, Danish Siddiqui was killed in a crossfire while on a reporting assignment in Kandahar district, Afghanistan. Siddiqui was embedded with the Afghan Special Forces, and had been reporting on their operations against the Taliban in the region.  His demise came as a shock to the journalism fraternity all over the world.

When I spoke to Mehraban over the phone, he informed me that not many people knew about Siddiqui’s assignment with the Afghanistan Special Forces. Most of his friends and colleagues found out about it only when he started sharing photos on Twitter of the clashes between the Taliban and the Afghanistan Special Forces. After seeing the photos, Meherban had called Danish to express his concern about the assignment. Danish reassured him by saying,

‘Don’t worry, I will come back and celebrate Eid-ul-Adha with you in Delhi.’

Nav Rahi, an independent photographer, first met Danish at the farmer’s protest in Delhi. ‘He always extended his support towards young photographers and journalists like me and encouraged us to take up challenging work. With him around, I felt like I had a big brother watching over me’, says Nav Rahi. Both Meherban and Rahi shared that Danish felt strongly about nurturing young journalists so whenever he came across promising work by young talent, he took it upon himself to mentor them. Danish’s coverage of the battle between Taliban and Afghanistan Special Forces was being closely followed by the world, including Rahi, who shares, ‘

I was eagerly waiting for his return so that I could seek him out and listen to all the stories behind those photos. But now it is too late.’

The late photojournalist’s body arrived in Delhi on the afternoon of 18th July and later in the evening, he was buried at the cemetery of his alma mater, Jamia Millia Islamia University.  More than five hundred hundred people gathered at the burial ground to offer their prayers and bid a final goodbye to Danish. 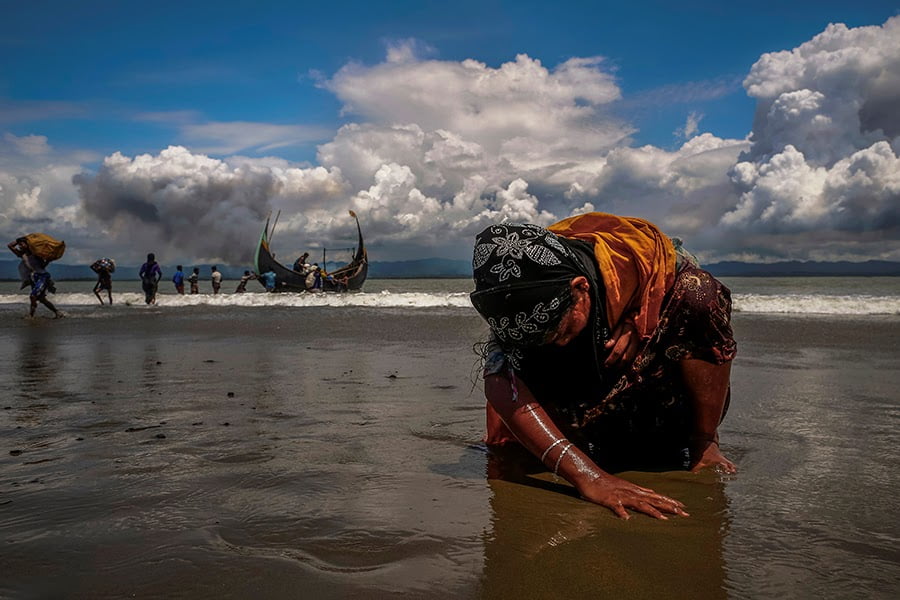 An exhausted Rohingya refugee woman touches the shore after crossing the Bangladesh-Myanmar border by boat through the Bay of Bengal, in Shah Porir Dwip, Bangladesh September 11, 2017. REUTERS/Danish Siddiqui TO FIND ALL PICTURES SEARCH REUTERS PULITZER – RC1A963F3670

Reuters holds the rights to this photograph.

You can also read: