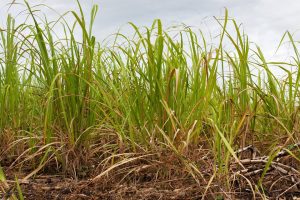 The farmers of Madhya Pradesh might have a few temporary reasons to celebrate, but their counterparts in Uttar Pradesh, particularly in the sugarcane belt, are facing new obstacles. As if abandoned cattle and scanty rains weren’t problems enough already, the largest sugarcane producing state of the country is facing sugarcane-related woes. This time, though, the problem isn’t one of a failing crop. On the contrary, there seems to be an overabundance of sugarcane crop that the farmers can’t seem to get off their hands.

Despite sugarcane forming an essential component of the state’s economy, it is a constant cause for worry in U.P. often marked with squabbles between the farmers and sugar mill owners over outstanding payments. On the state’s farming calendar, it is an almost annual affair, following a familiar cycle – Sugarcane farmers deliver their mature harvest to the respective state designated mills; cash-strapped mill owners struggle to pay the farmers within the mandated period of 14 days; mill owners default; farmers take up arms in protest; the government finally steps in.

The pattern is no different this time around, but for a peculiar, not to mention, questionable piece of advice that came from the state’s Chief Minister. Yogi Adityanath casually suggested at an event in Baghpat last month that farmers should start growing crops other than sugarcane to “help contain diabetes” in the state. The C.M.’s comment was not received very well by the public, and the General Secretary of the Bharat Kisan Union, Sriram Verma, even went on to suggest that the state government had not done its research on the issue and that it must consult farmers so as to better gauge the situation on the ground and take an informed decision.

What sets sugarcane apart from other cash crops is that it grows all year round, in addition to also being in demand through the year for sugar production as well as for export outside U.P. Moreover, it does not require as much water or personal care and attention as many other crops, like paddy for instance. Plus the fact that it enjoys statutory protection in the state, via the Uttar Pradesh Sugarcane Act, which regulates production, supply, and remuneration with respect to the crop, makes it the crop of choice for U.P. farmers across the sugarcane belt. It is considered a secure and sustained source of income, but for the annual fight for payments leaves farmers weary and this year, enraged. As Ram Keval of the Kisan Union of Bikapur puts it, “It is the same story every year. It is clearly provided in the Sugarcane Act that famers are to be paid within 14 days of the sugarcane being supplied to the mills, failing which mill owners must pay interest on the arrears as well. But forget about interest, they are not even ready to pay us the basic cost.”

Mill owners, on the other hand, have their own battles to fight. The law provides that sugar mills mandatorily buy sugarcane from the respective areas allotted to them. The base price for sugar is determined by the government every year, based on which the mill owners make payments to the farmers. Moreover, it is purchased in large quantities by the government, in addition to private dealers, in order to maintain government buffer stock supplies since it forms an integral part of ration. However, unfortunately, the government tends to delay in declaring the base price, thereby forcing mill owners to sell the sugar produced by them at grossly low rates and consequently defaulting in paying the sugarcane farmers.

V.N. Mishra, General Manager of KM Sugar Mills Limited, throws light on the issue, “There was an excess of sugarcane crop this time, which we had to buy regardless since that is the rule. In order to be able to meet the statutory period of 14 days in paying the farmers, we had to sell our sugar at very low prices. We ended up selling up to six lakhs sacks of sugar at the meagre rate of 2565-2700 rupees per quintal. Now the base price was declared much later by the Prime Minister at 3900 rupees. But it was already too late – we had already sold large amounts of sugar at abysmally low prices and had suffered huge losses. Had the government been careful enough to announce the base price in time, around January-February, this whole fiasco could have been avoided.”

That this is a regular phenomenon in Uttar Pradesh is obvious from the fact that even BJP Minister, Sanjeev Prasad Jaiswal, has no hope from his own party’s government. “I don’t think the farmers are going to get paid their arrears in full. At best, they may get a part of it. Many governments have come and gone in the past and made similar promises, but it is neither possible nor feasible. Regardless of its being my own party in power, there is little hope when it comes to the issue of sugarcane because it is very tough to strike a balance between the mill owners, the farmers and the government.”

The BJP government has had all the more reason for concern after losing the recently held by-election in Kairana to a Rashtriya Lok Dal candidate, where sugarcane-related dues have been a major issue.

In Banda- Men may not work but women’s...