No Day is Women’s Day in Bundelkhand

Amidst celebrations of International Women’s Day, crimes against women are on the rise in the heartland – food for thought for Yogi’s almost 1-year-old governance 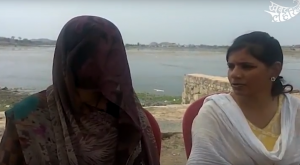 “I don’t know what you’re talking about. What is this Women’s Day?”
– Rape survivor awaiting justice, Mahoba, Bundelkhand, Uttar Pradesh

‘This piece first appeared on The Wire’
The year-ender list that got a lot of newsfeeds attention was the National Crime Records Bureau (NCRB) report detailing crimes in the country – types, kinds, numbers. The report had quite a few disturbing findings concerning crimes against women and other marginalized groups in India. Taking first position, state-wise, on this horrific list, was Uttar Pradesh. The country’s most populous state is also its ugliest when it comes to violence against women. In 2016, U.P. accounted for 9.5% of the total IPC crime reports in the entire country. It also recorded 14.5% of the total cases of crimes against women, and for 12.4% of the total number of rape cases in all of India, second only to Madhya Pradesh, which recorded 12.5%.

Reporting from the badlands of Bundelkhand, one of the most intensely patriarchal and regressive regions of Uttar Pradesh, we know that even these are only reported figures. More often than not, the deeply oppressive culture of silence, shame, and humiliation – so familiar to women around the world in one form or the other –ensures that most acts of violence and cases of rape, harassment, torture, are stifled for good in the hinterland, swathes of land largely untouched by campaigns such as #MeToo and #TimesUp.

We have seen and reported on the sinister reflections of those NCRB findings in the districts of Mahoba, Lalitpur, Chitrakoot, Banda, among others, in rural Bundelkhand. Cases upon cases of dowry deaths, rapes, gang rapes, brutal torture – women who were beaten up, murdered, burnt alive, molested, harassed. With the BJP government’s anniversary celebrations in U.P. in the offing now, some stock-taking on the issue of violence against women – a big point on Chief Minister Yogi Adityanath’s damage-control agenda when he was sworn in on March 19th last year – would be in order.

One of the ugliest factors in crimes against women in Bundelkhand – which becomes the reason as much as the catalyst – is an almost absolute lack of police efforts or even co-operation. FIR’s, when registered, do not always start off serious investigations and often days turn into weeks and months. In Mahoba’s Kulpahad area, a case of gangrape registered against three men of the same village as the complainant has been languishing since September 2017. “I’ve done the applications they asked me to. They conducted the medical exam then and confirmed the assault. And nothing has happened since then,” says the complainant. Officer Vansh Narayan Singh at the Kulpahad thana recites all the dhaaras the case has been registered under – molestation, harassment, rape – before informing us that one of the men has been arrested. The other two are absconding, and they await his return to the village. But the complainant and her family say that they’re not satisfied with the investigations and that the criminals are the “dabang” kinds who’ll evade arrest. They also insist that the man who has been arrested, of whom Singh speaks, had never been identified as one of the rapists. The complainant tells us that “money transactions have already happened”, and she’s certain of this because she and her father-in-law who, besides her, has been most vocal about the crime, have both received offers of compensation to “dabaao” the case. “Since we haven’t agreed to it and it’s now over 5 months we’ve been asking for justice, threats of physical harm have been coming our way.” Compensation is almost always followed by death threats around these parts – even the cops affirm to that.

When we approached Singh for clarifications, he told us that the woman and her family are all mistaken, that there have been no threats. He then goes onto disavow previous statements and refuses to answer any more questions. His department is busy with Women’s Day events , he informs us. Meanwhile, the complainant asks us, her face and head covered with a pallu, “I don’t know what you’re talking about. What is this Women’s Day?”

Check out more: Yogi’s one Year – Dangal or Mangal?