In the Bovine Belt: A Photo-Essay on the Hinterland’s Cows

In a state where public will bear the cost of a ‘cow welfare’ cess, the current stray cattle menace is definitely a huge concern for farmers. 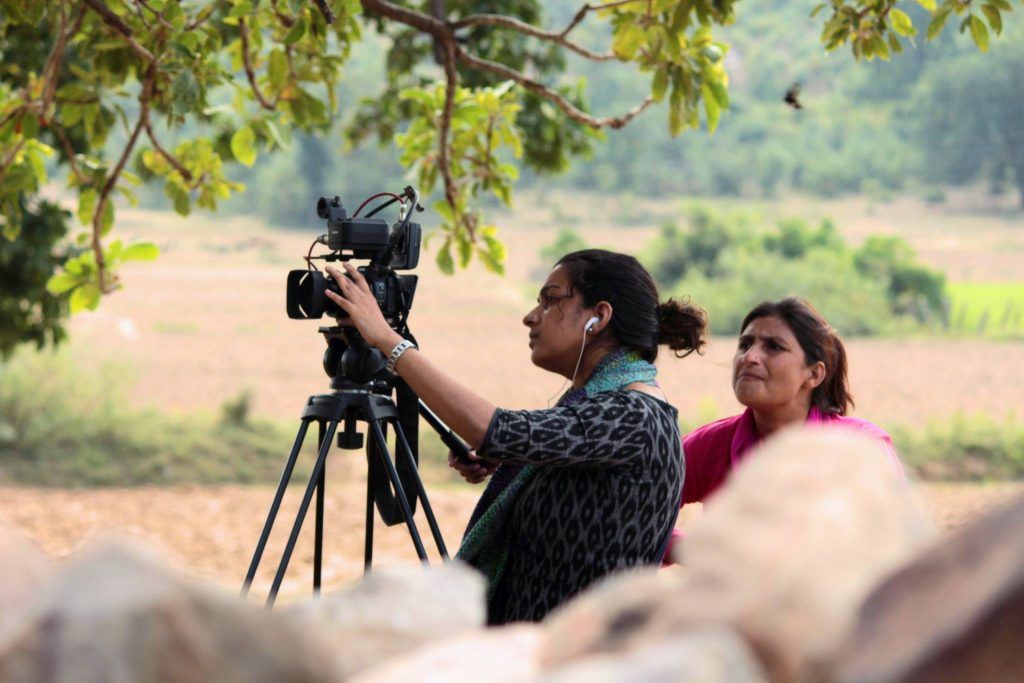 I was travelling in Uttar Pradesh with Khabar Lahariya reporters as a camera woman for our monthly regular shoots.
These are the glimpses that struck me, and stayed with me. 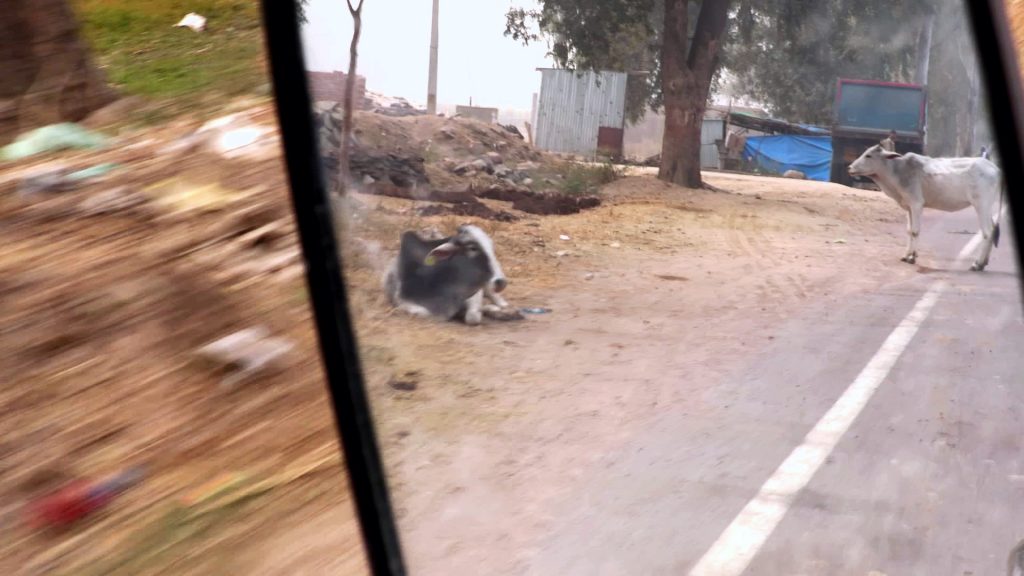 Objects in the mirror are more in number on the road than they appear. A common sight of the fields and roads in Chitrakoot, Bundelkhand, Uttar Pradesh. 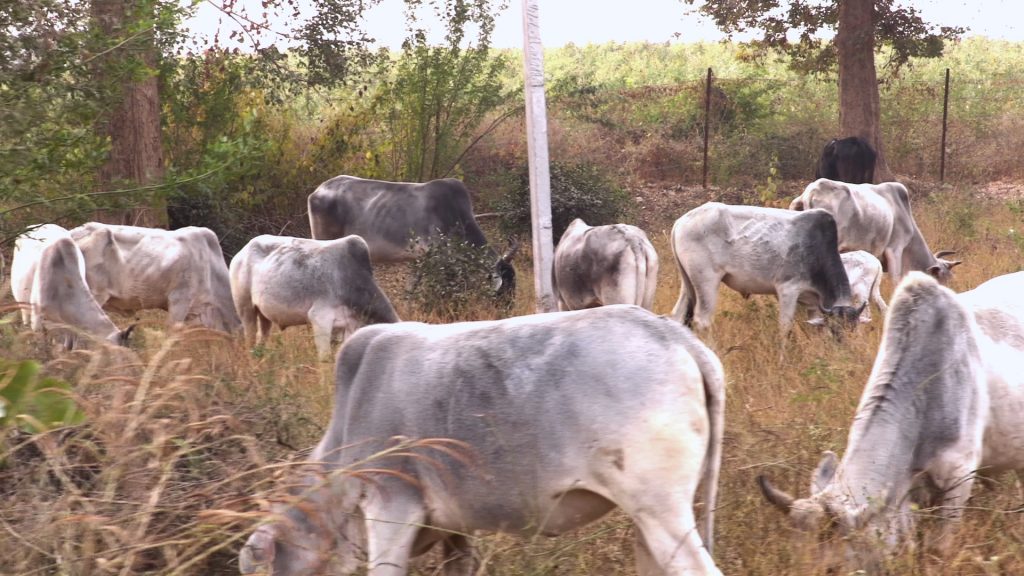 Because of less profit from agriculture, U.P. is overall witnessing a high rate of migration. The current stray cattle menace in the fields adds to this conflict. 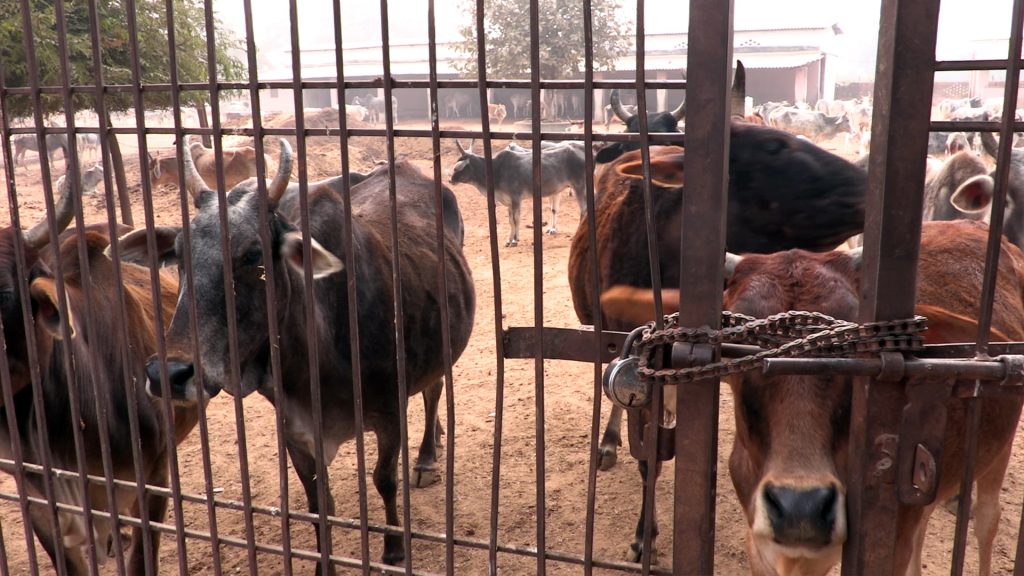 At a private Gaushala owned by Dr. Gaur in Chitrakoot, cows rushed towards us hoping we had food. A tea vendor who runs a stall right outside the animal farm told us that 4 to 5 cows die here, every week. “If any person indulges in cruelty to cows, he will find himself behind bars” – didn’t we hear this recently from Chief Minister Yogi Adityanath? We found two dead cows lying inside the fenced cow shelter. Dogs and crows were feeding on the carcasses. Devidayal, one of the 2 caretakers of this Gaushala, says it’s tough for him to manage the 300 plus cows. His days are mostly taken by collection and dumping of cow dung. He was shivering in the frosty morning and one could only guess what the cows were going through in the open cow shelter. Locals like Mahendra Kumar say that government run cow shelters can only be seen in papers and are often found in neta’s speeches. Private Gaushalas are run by people to show their expenditure alone. Meanwhile cows are starving and dying. 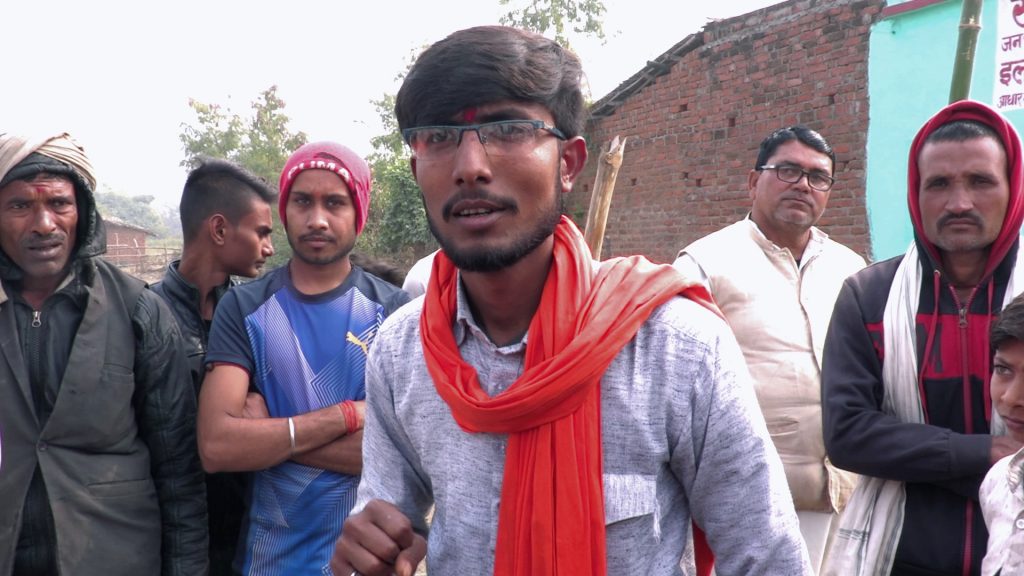 Satyam Tiwari, an upcoming local leader from the Yogi Adityanath-founded Hindu Yuva Vahini, wears his love for cows on his sleeve, “If people don’t understand the language of love, then we can use sticks.” Tiwari is working on building a Gaushala in his 4.5 bigha land, which he claims will be a “hawamahal” for the cows, the inauguration of which awaits the C.M.’s blessings. His 2019 agenda predictions are “cows, not mandir”. 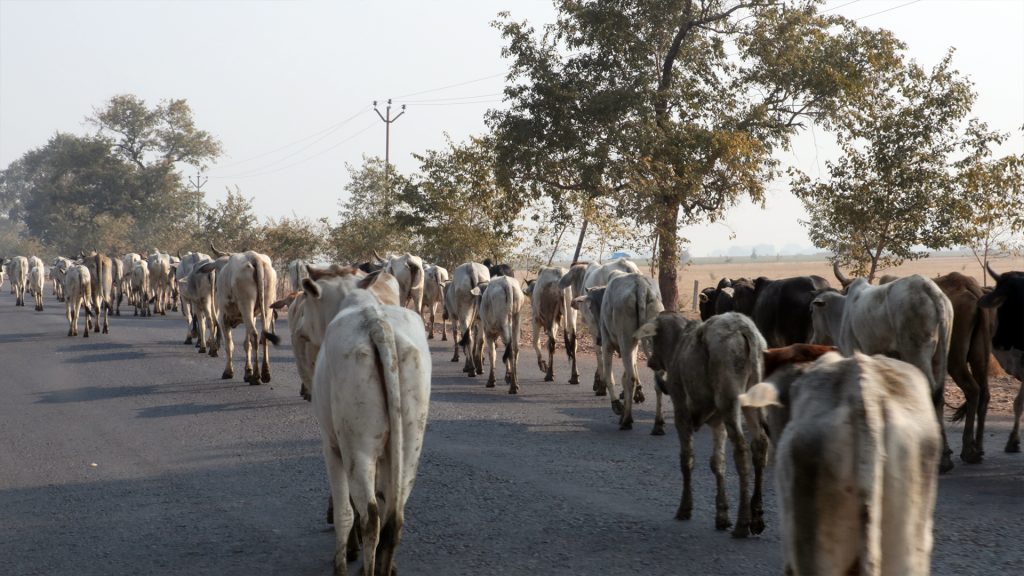 The Yogi Adityanath-led BJP government’s crackdown on illegal slaughterhouses across the state, coupled with the fear spread by self-styled ‘gaurakshaks’, cattle past their prime are now abandoned. There are few takers even for transporting buffaloes, over whose slaughter there is no restriction.

Priya Thuvassery is a documentary practitioner in India, who likes to call herself a storyteller through images. She has fundraised, directed and edited several documentaries. Her films have been recognized with participation, mentions and best film awards in many international and national film festivals. Currently, she is associated with Khabar Lahariya as an executive producer.

The Unspoken Dynamics between Seva & Mewa