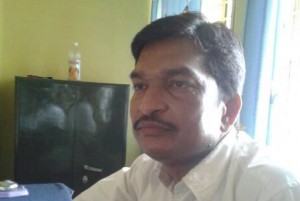 Mahoba District. What has been a matter of concern for most villages in rural Uttar Pradesh, a scam in the Public Distribution System (P.D.S.) finally got the attention it deserved in a small village in Mahoba district.

In Raipura village, after residents repeatedly complained against the government appointed ration distributor, an enquiry was ordered by the Sub Divisional Magistrate (S.D.M.) in January 2015. Tehsildar Gulab Singh said, ‘The enquiry led us to search the premises of the ration shop and the distributor’s home where we discovered 200 fake ration cards. These cards bore names of people from various villages nad towns of Mahoba district.’

The distributor, Awdhesh Kumar Tiwari (son of Narayan Das) has been managing the government-run ration shop in the village for the last 8 years. Earlier, his father used to run the shop but after that he simply passed on charge to his son. Jageshwar, a resident of Raipura said, ‘Awdhesh used to give us lesser ration. Sometimes there would be delays in the distribution. We had complained against him on a number of occasions in the past but it’s only now that something has been done about this.’

After the inspection this month, the tehsildar submitted his report to the S.D.M. The S.D.M. Rakesh Kumar Gupta said that the Assistant Development Officer (A.D.O.) of the block has also been named in the report which has been sent to the Chief Development Officer. ‘We have asked block level officials to explain how these fake cards were made. We have also instructed them to cancel the license of the distributor, file a case against him and start strict proceedings at the earliest.’