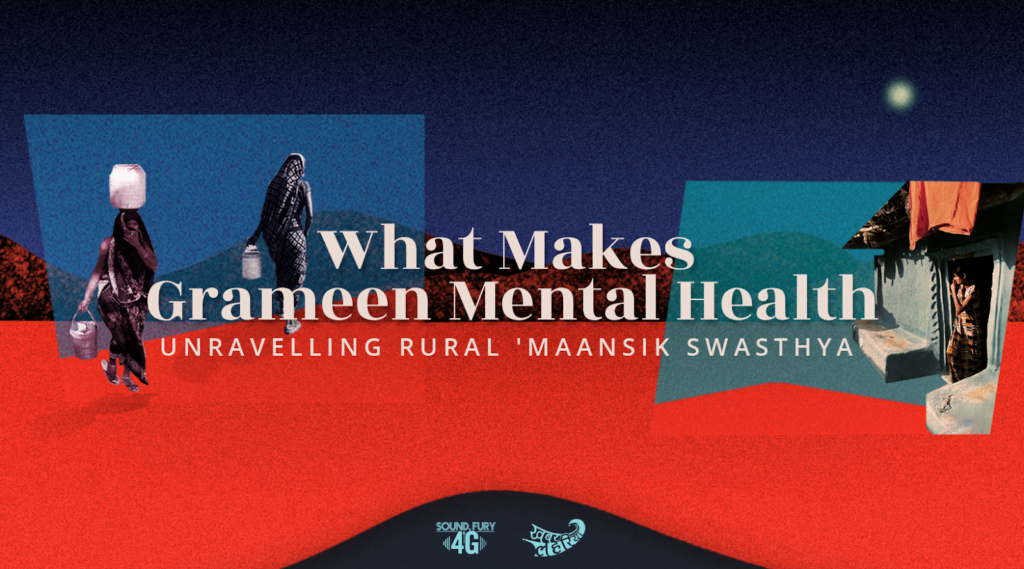 Descended into the quiet and then not-so-quiet hell of 2021, where the second wave of this darn virus has made its way into rural U.P — you’ll have to forgive us if we want to loiter a minute or two, in that carefree space where dil disco disco kare (the heart does the disco).

Ritisha, a student of the Michael Jackson Dance Academy (named after MJ), happened to perform her dance routine under the not-so-keen gaze of her mother. Perhaps Mrs. Kesharwani was of the commonly held opinion, that girls should be more demure, and behave in the manner appropriate to young ladies. Even inside — or perhaps especially inside a space as private as one’s own home — the domain of so many feminist struggles and contestations. This fortnight’s longread is part 1 of our Mental Health Awareness Month special series: What Makes Grameen Mental Health: Unravelling rural maansik swasthya, in which we unravel what this phrase ‘mental health’ means when you plop it in grameen (rural) India. Particularly, what does it mean for women?

So we want to start here. Picture young Ritisha — refusing to be self-conscious. Picture her, bounding off her toes, ricocheting through the air, spinning, and turning the whole world upside down —  and she comes back to earth, triumphantly landing. Picture her dil beating defiantly in the face of a world that tells little girls what to do, and dreaming in the face of a country that patronises its small towns and villages. Picture her dil doing disco-disco.

The thing is, mental health or maansik swasthya is not synonymous with illness. Although that’s what you might believe if you lived in Karwi, Chitrakoot in U.P — where it’s more likely to be put in ruder terms as pagalpan (madness), tanaav (tension), rona dhona (crying) or depression. Or more often, not spoken of at all. Mental illness or mental health conditions, clubbed together with maansik swasthya are often dismissed as a ‘shehri’ (city) affair. Why bring up all this in the village away from big-city lights, and big-city problems? It’s not like there aren’t enough homegrown problems unique to the villages — the ever present berozgaari (unemployment), the health problems like Tuberculosis (nearly absent in the cities, but deadly here) arising from living near quarries and tyre factories, starvation, aarthik (financial) distress, dreams deferred, delayed and dashed in the face of reality. 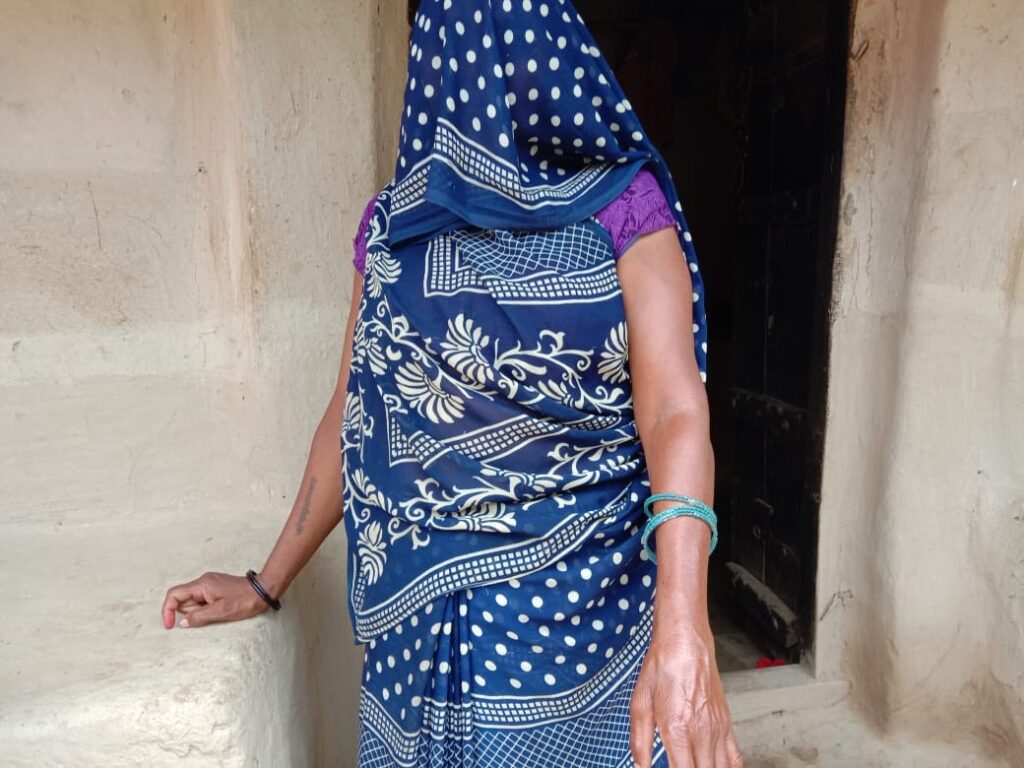 Is there a right way to be a woman? Image: Saraiya village, Manikpur, Chitrakoot.

In the cities, conversely, particularly during the pandemic and lockdown where social distancing and webinars on mental health have proliferated — sometimes it feels like mental health awareness is overdone. Buzzworded and stripped of meaning as self-care that wants you to buy something cute advertised to you on Instagram, or attend a mandatory mental-health check-in at work instead of  the eight hours for ‘what you will’ that was a bulwark of worker’s rights. So coming to yet another Mental Health Awareness month, we thought we would break it down into its component parts. What does mental health mean when grameen?

After delving into KL archives all the way back to 2015 we’d like to present certain aspects from our reportage and KL reporters own lived experiences. For grameen mental health there seem to be three aspects:

First, you need to be able to name and speak of it — that’s awareness.

Second, a community of people to whom you can speak freely and be truly heard — whether friends, family or healthcare professionals.

Third, access to care. This branches into medical care (which is self explanatory) if required, and social care. Social care requires material welfare. Meaning it is extremely limited to speak of mental health awareness, if people do not have their basic needs i.e food, shelter, livelihood, safety, and health taken care of. If you’re terrified you won’t be able to get your next meal, a talk on how taking walks is beneficial to mental health is not going to help you. If you’ve worked towards and dreamed of getting a Master’s degree en route to becoming a professor, but find you can no longer study, and will live a life of waged labour because your family has taken too many loans and you’re trapped in a cycle generational poverty — advice to see a psychologist elides the root of your issues.

Simply put, awareness is not enough. In India, where a large portion of rural Indians and marginalised castes live in generational poverty, it is essential to attend to the socioeconomic determinants that go into the make-up of mental health. In fact, grameen or shehri, Indian or videshi (foreign) —  an over-reliance on awareness programs related to mental health has been found to be…rather useless in promoting mental health without concrete (often policy related) societal action. Before we get into the Bundelkhand-landscape of mental health, let’s zoom out to see the state of affairs at the national level.

One in seven people or a total of 197.3 million people in India live with mental illness according to the 2019 Global Burden of Disease Study. Of them, only one in ten people with mental health conditions receive evidence-based treatments in India, the latest National Mental Health Survey (NMHS) found in 2016. India’s foundation for mental health is the National Mental Health Programme under which the District Mental Health Programme (DMHP) was launched in 1996 to decentralise and provide mental healthcare integrated with general healthcare at the community level. So you should be able to saunter into your district, block and panchayat PHC and receive mental healthcare under the supervision of the district team. There are allegedly over 600 DMHP clinics in India.

However about 68-98% persons with serious mental illness are able to access care for the first time at a district or tertiary state mental hospital, and not at a neighbourhood Primary Health Center (PHC). The NMHS found in 2016 that “Despite 3 decades of implementing the NMHP, the proportion of districts covered by it ranged from 13.64% in Punjab to 100% in Kerala… Only 1/3rd of the surveyed states had more than 50% of the population covered by DMHP.”

In 2020 for persons living with mental illness and their families, the disruption in essential services like free medication during the lockdown compounded the impact of the pandemic. For persons with disabilities, including those with chronic or severe mental illness, out of pocket expenditure is often a huge source of financial distress and consequently further mental distress. In rural areas, 25.8% of persons with disabilities spent an average of Rs 2,117 out of pocket on health costs per month, and 39.1% in urban areas spent Rs 3,112 monthly, a survey by the National Statistical Office (NSO) had found in 2018. Overall, 29.4% of Indians with disabilities spent an average of Rs 2,477 per month out of pocket, the survey reported. Disaggregated information on mental illness or psychosocial disabilities, caste and class is missing.

Further, government financial support in the form of disability pension, during and since the lockdown for persons with psychosocial disabilities from low-income families, many of which had lost income, was inadequate. These disability pensions are dependent on a dehumanising assessment and certification process. In rural areas, unsurprisingly, awareness of mental illness, access to government social support, and functional PHCs or district hospitals with DMHP clinics is limited to say the least. Instead there is a reliance on ‘jhaad phookh’ — something that we see also in case of more ‘physical’ illness like the Coronavirus for instance.

With the whole family at home, fancies around what to eat by husbands and children, ideas on how the wife should behave, and taking out one’s anger at increasing financial distress on one’s wife— were issues that came to light. Men take out their distress by drinking or spending time with other men — somehow or the other, was the consensus. For women however, stuck at home, balancing endless demands and children, bearing the brunt of everyone’s whims — it is difficult to even express any sort of ‘mental distress’. 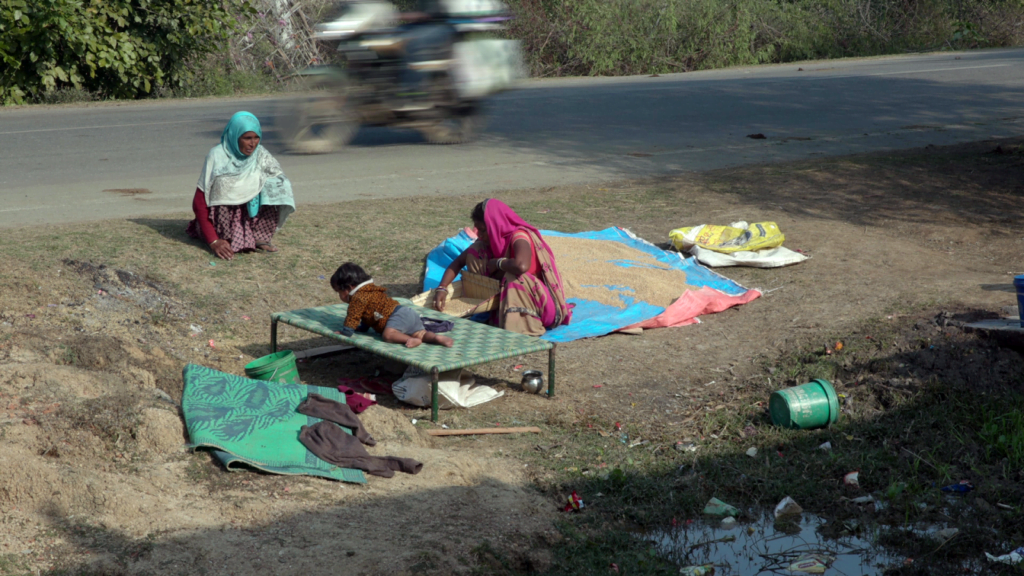 For rural women in Bundelkhand, the work doesn’t stop through the day — whether childcare or domestic work. Time to oneself is rare. 2020.

“Uska sunne wala hi koi nahi hai (There is no one to listen to her)”, KL EIC Kavita says. “What ‘mental illness’ looks like here is that women won’t eat or sleep. They’ll drive their own health to ruin, go someplace where no one can see them and burst into tears. Sometimes they take it out on their children. All the while they’ll continue working, put up with the husband’s (sexual) demands after he returns at night (often drunk) — which leads to even more mental distress — and not show how they’re feeling.”

“I take it out on myself, to be honest,” said Shehroj Fatima in Karwi, Chitrakoot. “I stop talking to people. I can’t sleep at night. Poori poori raat aankhein band rahengi par dimaag khula rahega (The whole night my eyes will be shut but my brain will stay on). I’ll keep ruminating over the distressing thing for two weeks, I’ll keep going over it. I forget things — my hands start to tremble. I stop wanting to spend time with my friends. I stop seeing or speaking to them.” 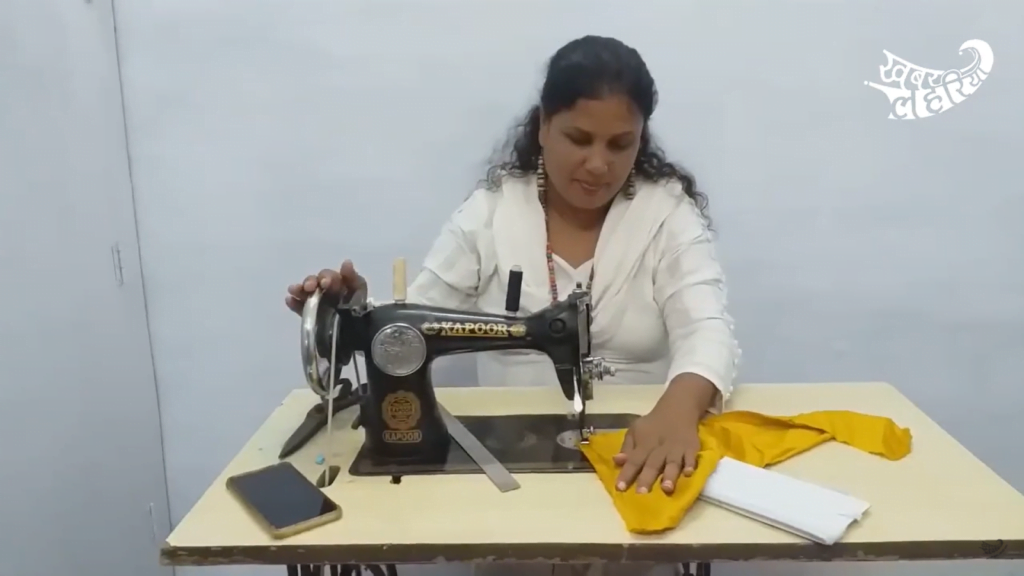 Shehroj Fatima in Chitrakoot says she finds herself taking out her mental distress on herself — losing sleep, avoiding friends. Even her body starts acting up with holes in her memory, and trembling hands.

The pandemic has added its own assorted worries to this load. Saloni Singh of Karwi said, “We’re constantly afraid of getting