It’s peak summer in Itwa gram panchayat in Chitrakoot in UP’s Bundelkhand. Most of the taps and hand pumps are running dry, like every year. This time around, tankers have been hired to deliver water. They pass by the Dalit basti where the Chamar community resides, and may even pause for a few minutes if requested. However, the vehicles finally head for duty to the upper caste settlements of Brahmins and Thakurs – where the Dalits aren’t allowed.

“We are not allowed to fill water from the hand pumps and bore wells that are all outside our basti or even approach the tankers. Where should we go then?” asks Rama Kumari, a resident of the Dalit basti.

“Water is provided only to the Brahmins and people fight with us when we approach the hand pump,” one Kamta Kumar adds. “There are two people always standing with a lathi ready to hit in case any of us approach their hand pump. Even when a woman or child from our basti goes to collect water, they do this.”

This is evident at any time of the day there is running water in the hand pumps. The Dalit children cower close together as they are pushed back by elder males, and their mothers have to watch on helplessly. The children from other communities look on unfazed. 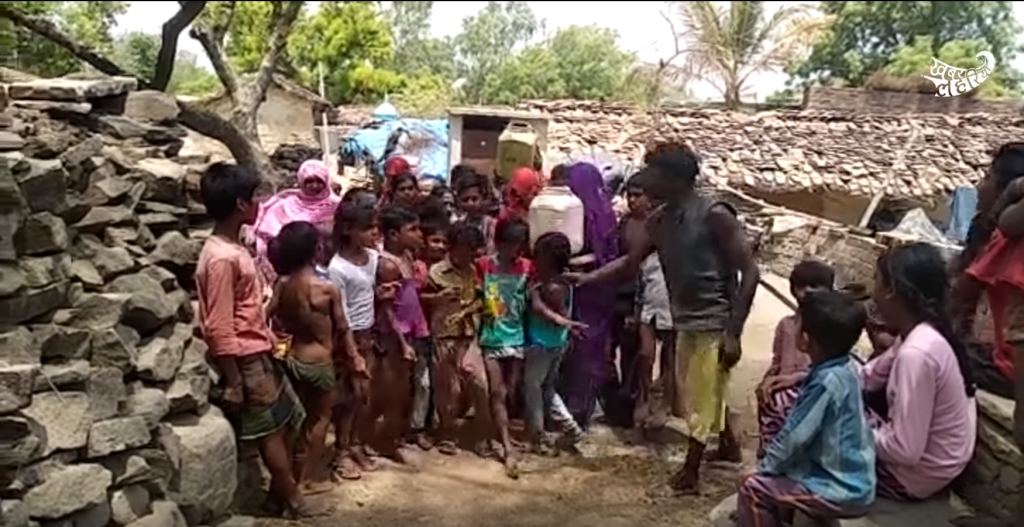 Yet, despite the shaming, they have no other option but to keep at this daily attempt to source water from outside their basti. The hand pump at the Dalit basti of the village has been dysfunctional for the last 2-3 years, according to Shanti Devi. When asked if they had requested the pradhan to repair the hand pump, many responded: “He has said that it is not his duty. The pradhan swears at us.”

When questioned about this, the pradhan, Devidayal claimed that he had made every effort to ensure that water from tankers reaches all the bastis of the village. He also has sent repeated requests in writing for the repair of defunct hand pumps. Even the BDO of Ramnagar follows this stream of denial, “There are no untouchability practices in this day and age – people are educated and there is no space for such thoughts or feelings.”

When asked about the out-of-service hand pump at the Dalit basti in Itwa, he confidently assured that it will be repaired in two days.

Itwa village is among several others in Bundelkhand that can perhaps serve as an example of why climate change more severely affects people of disadvantaged communities, who are denied basic rehabilitation and mitigation measures from government functionaries themselves.

Dalits were denied access to water sources in 48.4% of villages because of segregation and untouchability practices. More than 20% of Dalits do not have access to safe drinking water. There could be no respite for Itwa too. Shanti Devi says that she has been witness to this water struggle for ages: “It has been going on for years. I have gotten old.” 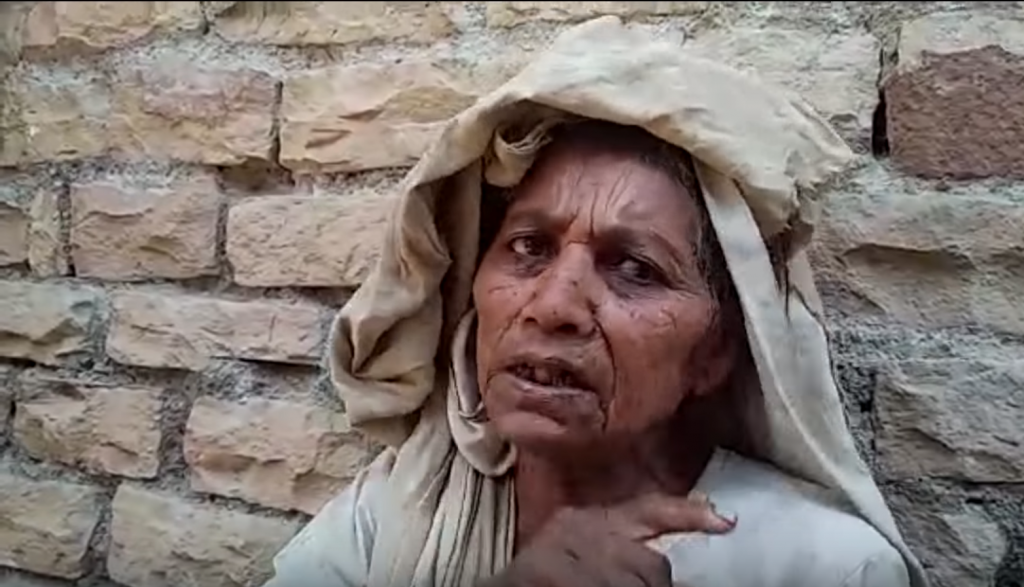 Ramarati, another elder, was more vociferous about the need for justice: “If the pradhan gives water, it should be for everyone. Otherwise, no one should receive any.” Her open resolve is remarkable considering the many injustices she may have experienced over the years due to the caste she was born into.

As a last resort, the people of her community have to travel more than a kilometer outside the village to collect water.