School Building in Precarious State, No Budget for Repairs 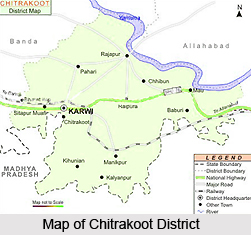 Hatva village, Mau block, Chitrakoot district. The primary school here is in a precariously dilapidated condition, so much so that children sit in classrooms that could collapse anytime.

Gendelal and Rani, who study in the school, say that they come because they do not have a choice. The headmaster of the school, Suryabhan, said that the school was 25 years old, and had 350 children enrolled. “The building can fall anytime. We submitted a written application to the Block Resource Centre and the Basic Education Officer in Mau block on November 19, but no one has taken note of this so far.”
The coordinator of the Block Resource Centre in Mau block, Martand Shukla said that there was no budget for the moment to rebuild the school. “We have received the written complaint, and forwarded it to the Basic Education officer.” The clerk at the Basic Education officer’s office, Satyendra Singh said, “The new budget will be released in March 2015, and any work on the building can only happen then.”
Click here to read original story
0
FacebookTwitterLinkedinWhatsappEmail
पिछला लेख