Peppermint washed away by floods 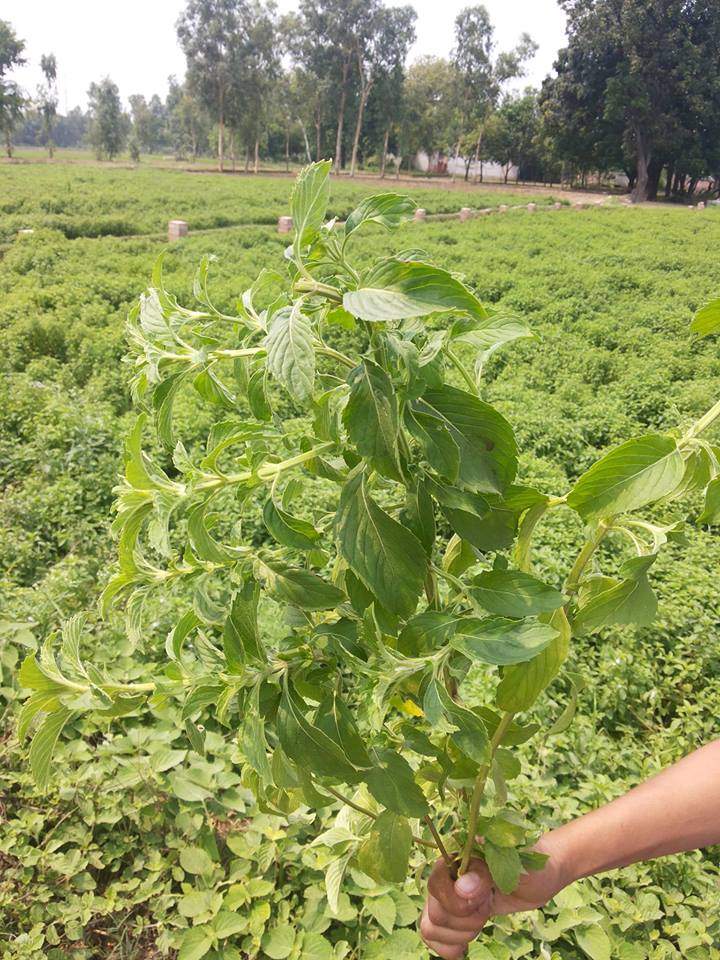 Unseasonal rainfall in Uttar Pradesh this June has caused heavy losses to peppermint cultivation. The Lekhpal (the village level official who takes care of land-related matters, like land disputes, compensation etc.) has not yet reached most villages to estimate the volume of loss. The state Horticulture Department has no statistics about the crop losses.

Some figures about Peppermint cultivation

Ramnarayan of Budapur village in Tarun Block tells us that he has been cultivating peppermint for two years. Last year, the crop was good and the rates were also very good. ‘With this in mind, I planted an extra bigha of peppermint this year, and then the rains came early!’

Dr. A.K. Singh, researcher at the Central Institute of Medicinal and Aromatic Plants, said that this year approximately 25-30 of the peppermint crop has been adversely affected, in terms of yield and quality. According to the Joint Director of the State Horticulture Department, losses have occurred but not the kind that cannot be recovered. The department will release a report after assessing the damage.

In Kasimpur Biruha village of Gosaiganj block (Lucknow), Ganeshi Prasad told us that one bigha of his peppermint crop was washed away by the rains. Roop Narayan, from the same village, said ‘We have a tank to extract peppermint oil here. But where we usually get 10 kgs of oil from one tank of peppermint, this year we are being able to extract only 3 kgs. In Barabanki district, Rajesh, who owns a peppermint oil godown, said that last year the rate of oil was high due to high demand. Seeing this, new farmers have also sown peppermint and the supply has increased. But this year, due to the early rain, the crop has been destroyed, and additionally the quality has decreased – leading to lower rates for peppermint oil.

Paddy Cultivation, in the Absence of Water

What is the advantage of building a dam?