Of Tulsidas and Memorials

Nestled on the banks of river Yamuna, the small town of Rajapur in Chitrakoot, Uttar Pradesh is better known locally as ‘Dharam Nagari’, or city of faith. The moniker exists on local belief that states Rajapur as the very place where the renowned poet Tulsidas wrote the Ram Charit Manas. For many, it houses great spiritual and religious importance, thus attracting tourists, but the old havelis and small temples have become decrepit, falling under no one’s care. Even the Tulsi Smarak – the main memorial to Tulsidas and the temple dedicated to Lord Ram alongside it – seems to be deteriorating.

“When tourists come to Rajapur, they can only stay in the nagar panchayat guest house, there is nowhere else,” said Rajapur native Santosh Kumar, talking about the serious lacks in infrastructure in the town, “and the temple’s roof is deteriorating because of the rains every year”. He rallied for better infrastructure, citing the importance of Rajapur: “It is the fountainhead of faith, from the perspective of Tulsidas’ Ramayan. If that can be made, then the temple will also be protected.” 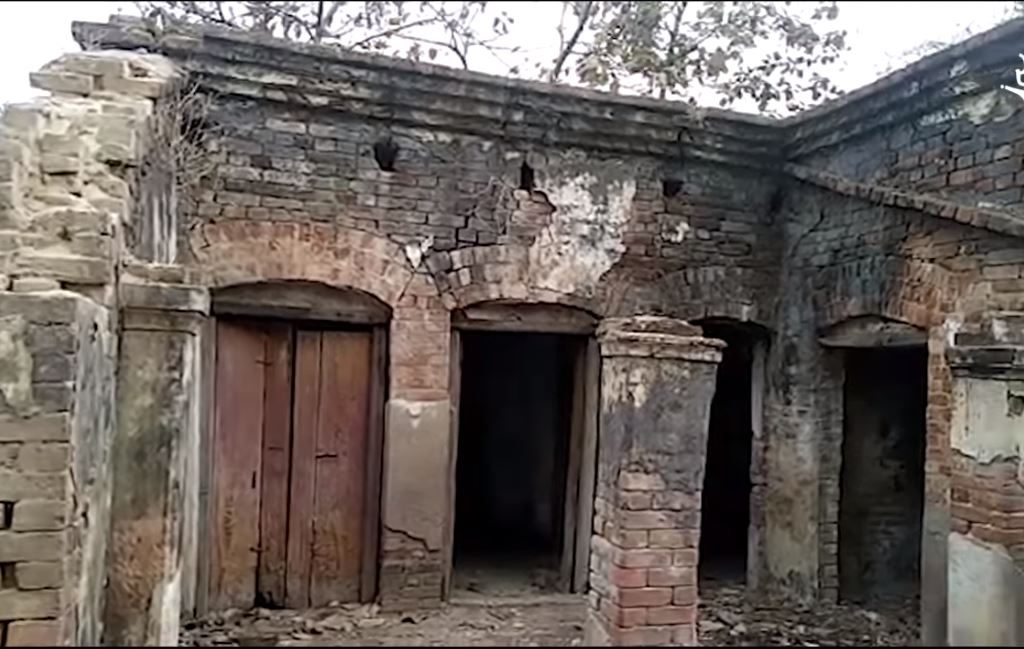 Conservation and repairs of sites of religious importance have been a priority agenda item for the current government in U.P., although it is biased towards one religion. In March this year, the Chief Minister Yogi Adiyanath decided to allocate upwards of Rs. 720 crores towards strengthening infrastructure for tourism in places of note as per the Hindu faith. Money pooled from state tourism, culture, religious affairs, civil aviation, housing and urban planning departments have been allocated to districts such as Ayodha, Varanasi and Vrindavan-Mathura, all home to significant sites of Hinduism – Ayodhya was even renamed, with the government insisting on evoking what it has called a ‘Puranic’ heritage. Improving the tourist facilities in places like Garh Mukhteshwar, Ghaziabad, and Rajapur’s Tulsi Smarak have also been budgeted for, in the same vein.

“Rs. 3 crores have been assigned, of which Rs. 1.5 crores have been released,” Sanjay Kumar Jaysaval, the Executive Officer of Town Area Rajapur, informed us. He added a singularly bizarre caveat, “Work will begin as soon as the EC Model Code of Conduct is removed.”

In a series of moves made by the centre and state governments to prop up religious tourism – the unprecedented Rs. 4200 crore-Kumbh Mela being one well-documented instance of this – Hindu religion-centred tours have been created and promoted through the PM Swadesh Darshan Yojana, among others. Under CM Adityanath, a flashy but non-functioning ropeway has been constructed at Lakshman Pahadi, another local Bundelkhandi site of religious attraction. And with grand plans of the Kashi Vishwanath Corridor in Varanasi and the promises of ‘mandir yahi banega’ in Ayodhya, it is clear that these developments are part of the mandate for the upcoming 2019 Lok Sabha elections. Not surprising, since it was very much part of the last one too, when the party executed a grand sweep of a victory.

“The grounds of the memorial are very big so they should make a beautiful garden in Tulsidas’s name,” suggested Rakesh Kumar, the minister of the voluntary organization, Tulsidas Seva Samiti, who has envisioned Rajapur as the “Tulsidas Ramayan Hub” of the future. “They should keep the 200 lines that have been translated from Tulsidas’ Ramayan here, so people can access that,” he added, “People should come here for their PhD research so that Rajapur becomes well-known and we can all be proud.”

Jayasaval explained the actual plans with the new budgetary allocation. “Under this project, most of the work is beautification of the area,” he said, “The main roads that are in poor condition right now will be repaired.” He elaborated, “There is a road in front the memorial which will be fixed. Tulsi Ghat will be constructed,” before vaguely adding, “Lighting, painting, fixing, all that will be done.”

But for a project claiming to improve tourists’ travel experiences, these plans don’t cover much beyond temple beautification, let alone address travellers’ concerns. Kalpana Sahu, a tourist from Gwalior, said she came to Rajapur because it was Tulsidas’s birthplace. “I don’t have any complaints,” she said agreeably, “except for the fact that all the roads are bad and that there are no toilet facilities.” When asked what options there are then to relieve oneself, she only laughed, the ripples of which one can assume resound with the Swachch Bharat Mission number-crunchers, “We just have to run into the jungle.”