The Portrait of a Murder 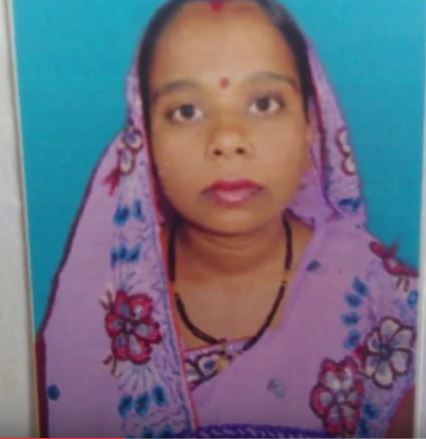 Around 4 pm on an early summer afternoon in the festive month of Baisakh, a chain of mobile phones began to ring across the vast harvested fields of Kachar ka Dera, a hamlet of Khaptiha kala panchayat in Tindwari, Banda.

In one of the first few houses of the hamlet, the home of Ved Prakash, son of Ram Sevak, a dark room at the heart of the house was broken into, to discover a young woman hanging low from a hook on the wall. The body still had life, it was cajoled into reviving, but resisted. Around 5 pm, Sangita was declared dead.

Pancha, 70, of the neighbouring Shivpal Dera was working his fields when the call came. As he made his way over, he was joined by the constable of the nearby police post, who had also received a call. They entered the premises, where two women stood over the body of Sangita, 22, the youngest daughter-in-law of the house. Neighbours, curious, hostile, fearful, crowded around, piecing together what they knew, what they could speculate and the unspoken ‘facts’ of the case.

‘What I know is hearsay. No one can tell the truth of what happens inside the four walls of a house. But what I’ve heard is that [Sangita] wanted to separate from her in-laws house, and her father-in-law was not in favour of this, atleast until the marriage of his youngest daughter. This is the second such case I’ve seen of the death of a bahu, mostly cases get resolved, the parties reach a compromise,’ Pancha’s low, easy demeanour, words swept up in the white hot winds that we’re slowly rising, worked like a sedative.

Sangita and Ved Prakash were married three years ago. They spent little time together, Ved Prakash worked in different districts on a pump line. He was currently stationed in ‘Ayodhyaji’. At the time of Sangita’s death, he was away at work. Sangita’s older brother in law and his wife, [Pushpa] married 12 years before, lived and worked in Surat. At the time of Sangita’s death, they were home from Surat, for the Ram Navami season.

Now, three days after the incident occurred, Ram Sevak’s house is silent and brooding. At the entrance, a gnarled old woman and a lithe, angry one carrying an oddly-shaped baby sit in silence, the wall of suspicion palpable. ‘What do you want? There’s no one here. Switch off your camera. You’ll send this all over the place and I have no desire to ruin my or my son’s future. Nothing good comes of someone dying, you understand? And no, there was nothing wrong with how Sangita was treated. I used to speak to her on the phone all the time, she was happy. If they had to kill anyone, wouldn’t I have been the first? I’ve been a daughter-in-law of this house for 12 years. My father-in-law treats me no less than a daughter.’ At the commotion, a neighbor appears. ‘Come, I’ll show you what happened.’

Three days ago, a day after Sangita’s death, in the home of her parents in Kyotara village of Tindwari, there is no summer lull, only fury. ‘They wanted a motorcycle and a lakh in cash and they would make her life hell, beat her. How would we pay it, we haven’t even paid off the debt from the wedding. They wouldn’t give her food to eat, make her work like a dog – her mother- and father-in-law, her brother- and sister-in-law. She wouldn’t even be able to call and tell us,’ her mother is as stony faced as it seems possible to be. They received a call in the evening of the 13th of April, and when they reached Kachar ka Dera later that night, Sangita was still strewn on the floor. Her brother shows images of Sangita’s body taken that night, lying on her back, bruised, blue. Between the 14th and the 16th, the family made multiple trips to the police station in Pailani, but the FIR was not filed. On the 14th, on asking what course of action they meant to take, Sangita’s father’s brother choked with anger, ‘If the doctors and police don’t mention the marks on her body, we want there to be a CBI inquiry. We’re not accepting any money from anyone. Let then give us a daughter from their home and let us kill her and then see if they accept a compromise.’

Late afternoon in Pailani thana, there’s a jolly group of men clustered around a suave Rajesh Saini, the Station Officer. ‘Give me 5 minutes,’ he waves us into the care of the woman constable of duty, heavily pregnant. ‘The Kachar ka dera case? But nothing has happened with that. No, no FIR. No arrests. But I don’t know much. I only deal with women’s cases. What? Yes, this is a women’s case. But I only do data entry,’ she looks as coy as it is possible for a tall, strapping, pregnant police constable to look. ‘Other people go into the field.’ The munshi, usually the most useful of all, growls that there’s no information on the case. No, no FIR. And no, those men around the SO aren’t the family of the accused. And no, the slim young man skulking behind the pillar close to us isn’t Ved Prakash, the husband of the victim.

Rajesh Saini is the most communicative anyone has been all day, although maybe under the influence of a similar sedative that is common in these parts to numb violence of some kinds. He won’t speak on camera, and isn’t authorized to give the official byte on the case, but he’s happy to chat. ‘You can write it down. The FIR will be filed by this evening, at the latest. And there will be 6 accused named, including the husband, his father, his brothers, his mother. Sad for the husband, who wasn’t even here, he’ll have to go to jail…’ He looks towards his audience of casually interested men, who show no sign of leaving, and proceeds to give an interview that would provoke many nights of white fear. ‘From my experience of ten years in the service in Bundelkhand, I can tell you this. There will be a compromise between the parties in this case, as there always is. And let me also tell you this, 90% of the cases of violence I’ve seen, are fake cases. Girls run off, they change their minds, they come back; they slap rape cases on their once-lovers. Young people don’t think with their minds, of their families or castes, they think with their hearts. In the cases of women over 20, women die, and their parents slap dowry death cases on the in-laws, only to withdraw them and quietly accept a few lakhs instead. This case too, will be settled out of court, they just haven’t decided on an amount yet.’

Satyavir Singh, the Commanding Officer in Banda district, and who is authorized to give an official byte, was the busiest man in Banda when he was asked to, two days later. The police know their job, he said. Especially with regard to women’s safety. And no compromise ever happens in the knowledge of a police officer. 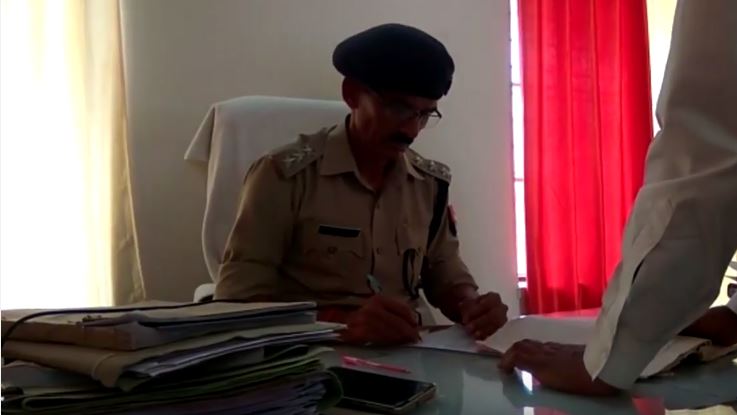 Ram Kumari, Sangita’s neighbor and distant relative by marriage is a determined woman in red. She’s not keen for the old dai with the glint of truth in her eye to tell her story, and prevents it by squaring her bony shoulders for the camera and speaking without pause. ‘They say this room is haunted, and anyone who enters will be possessed, but let me show you. Here, this is the hook she was hanging by. She used a dupatta. The police have taken it all away. Here –‘she points at a stain on the ground, ‘she was still alive when she lay here,’ she flits from one end of the room to the other, reluctant to stay, or stay still. More so when asked to demonstrate the height of the hook for the camera, barely 5 feet off the ground. ‘She used to stay at her parents’ house mostly. When her husband came, she would come here, and otherwise she would stay away. She was brought here when her sister-in-law had a child recently. But she was happy the day it happened. She gave people food, she ate. Her devar took her jethani to her parents… Usually Sangita would go and help in the fields too, but that day she didn’t. Her mother-in-law broke open this door in the afternoon and found her hanging here.’ Then she scuttled off, job done, ghosts in pursuit.

Why do some stories haunt? As this story was completed, the FIR was indeed filed. 6 members of Sangita’s husband’s family, including the absent husband, his parents, his brother and sister in-law, have been charged for dowry death (IPC 304b) and cruelty/harassment of a married woman by her husband’s family (498A). The neat resolution does nothing to alleviate the bitter aftertaste of reporting; the bearing witness to the performance (or worse, actual experience) of calm in the face of death – at the heart of what is otherwise an expressive, passionate, melodramatic culture. (Case in point, the passion with which Ram was evoked on the streets just a month before.) Here, there is only stillness and silence. As her uncle and brother suspected, the postmortem report glides over the marks on Sangita’s body that had nothing to do with her ‘asphyxiation’. There is the disconcerting sense that this case seemed as normal as the burning loo that comes each year; a culture of acceptance of a landscape of violence in which police, family, community are numbed by complicity. The cold fear, that nothing will change, women will continue to die, comes in part from the series of such reports that seem to be spreading, virally, in the region. Only in the last month there has been the axing to death of Ratiya, an adivasi from Manikpur in Chitrakoot, with only speculations of a quarrel over food, or a rejected proposition from a family member; the alleged death by poisoning of 21-year old Uma, barely kilometres away from where Sangita hung a few weeks later. In Uma’s case too, the marks of long-term violence on her body were elided in the postmortem report, and a compromise is being brokered by the keen ‘sahyog’ of the village and the pradhan.

There is no emotional value assigned to a woman’s life: a broken handpump has more value than young Sangita, when she lived; in her death, peripheral matters of law and money take precedence over anything else. Ved Prakash’s puny sentiment, as he watched us leave Pailani station that white hot afternoon, may have redeemed the situation, had he not slipped behind the pillar to avert our gaze.