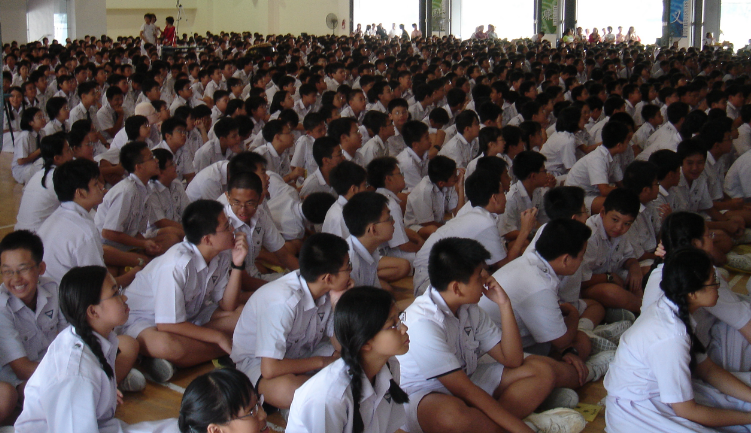 Shubham, a Class 10 student from the village Laumar, Chilla, was found hanging in his room on 20 February 2019. “He was very stressed about his exams,” said Sumitra, his mother, “He didn’t perform well in his Hindi exam and thought he was going to fail the others as well.” Sumitra shared that the day of the suicide was a ‘no exam day’, and so Shubham was at home. “I had gone to the market to buy a few things,” she said, and added, her voice cracking, “When I came back, the room was locked–my daughter climbed up to unlock the door and that’s when we found him hanging.” As she finished that sentence, Sumitra seemed at a loss for words.

Chandraman, Shubham’s brother, reiterated what his mother told us, “In his last exam, he hadn’t performed well. He was mentally disturbed about it. He thought he would fail the rest of the upcoming exams as well.”

Approximately 75,000 students have committed suicide in India between 2007 and 2016. According to the last official so-called annual report of Accidental Deaths and Suicides by the National Crime Records Bureau released in 2015, one student commits suicide every hour in the country. The fear of academic failure is such a prevalent cause for suicides among students that it is recognized on its own as a category by the NCRB. Recorded as ‘Failure in Examinations’, this is a category in which 2% of all suicides in the country in 2015 fell into. And these numbers are only on the rise – a 52% rise from 17 every day in 2007 to 26 every day in 2016. Many believe that the numbers under-represent the reality of the crisis, which is likely to be noticeably higher.

Sandeep Kumar, a friend of Shubham’s, who had studied with him since Class 9 told us, “We were in the same class this year, but he was absent from school most of the time.” When asked to describe Shubham’s academic performance especially since most in his family had associated his suicide with his fear of failure, Kumar just shrugged and said, “He was an average student.” Sumiran Das, the Dean of Adarsh College in Chilla who had interacted with the victim previously, elaborated on the same: “He used to study hard. He wasn’t very weak but he wasn’t very smart; he was an average student.”

India’s burgeoning youth and its supposed future has mind-boggling statistics. With half its population under the age of 25, it is likely going to have the world’s largest workforce by 2027, with a billion people aged between 15 and 64. At the same time, unemployment in India is at a 45-year high, at 6.1% for 2017-2018, although the government is, of course, denying the veracity of the figure. With what many claim is an ‘obsolete’ education system and a ‘broken’ higher education system, it seems like India is unprepared to educate and train its young population. The ASER Rural Report (2014) found that only 44.7% of Class 5 students could read a Class 2 text; only 10% could read an English sentence and understand its meaning. Only 19.9% of schools in 2014 complied with RTE-mandated teacher-pupil ratios.

The literacy rate in U.P. was lower than the national rate calculated by the 2011 Census; meanwhile, the unemployment rate in the state is higher than the national average. Those in power have pointed to a variety of reasons: CM Yogi Adiyanath claimed callously that there was no lack of jobs but rather a lack of talented and qualified candidates, while the state’s Labour Minister said population growth is the real culprit. BJP rose to power in 2014 with the key promise of improving employment in the country by creating one crore jobs annually. To that end, numerous central and state schemes have been launched– Startup India, Make in India, Digital India and the Defense Production Corridor are just a few, and each has had varying degrees of success. The PM Kaushal Vikas Yojna, a skills development training program, with a four-year budget of Rs. 12,000 crores has in reality only managed to place 50.4% of all its trainees in UP. In 2016-2017, the government managed to create only 4.1 lakhs against the electoral promise of one crore. What this has resulted in is 3,700 PhD holders and 50,000 graduates, among other over-qualified candidates, applying to be peons for the UP Police. Opportunities for employment seem scarce; the growing workforce in India is filled with increasingly stressed and mentally pressured individuals.

“He was unhappy, I think,” said Chandraman, by way of explanation, “But he never talked to anyone about the problems he was facing.” Kumar, the victim’s friend, said the same, “No, he never talked about his problems.”

Meanwhile, the S.O. (Station Officer) of Chilla Police Station, Vinod Kumar, informed us that Shubham’s body has been sent to postmortem for further investigation.