When men are online all night on social media , there seems to be no issue. Is it such a big deal for us women to be online in the later hours of the night “said a resident of Banda, when we spoke to her about the perceptions of society on women’s online activity.

She chooses to keep her identity anonymous for fear of being judged on being active on social media. Like many rural women who are frequent users of social networking sites, she too is plagued by persistent cyber-trolling and incessant messaging.

According to official data, Uttar Pradesh has the highest number of mobile subscribers in India—at 121 million. Out of these, approximately 42% of these are women. According to the TRAI report, at the end of June 2017, India as a whole had 431.21 million Internet subscribers, out of which 137.39 million subscribers were from rural areas. 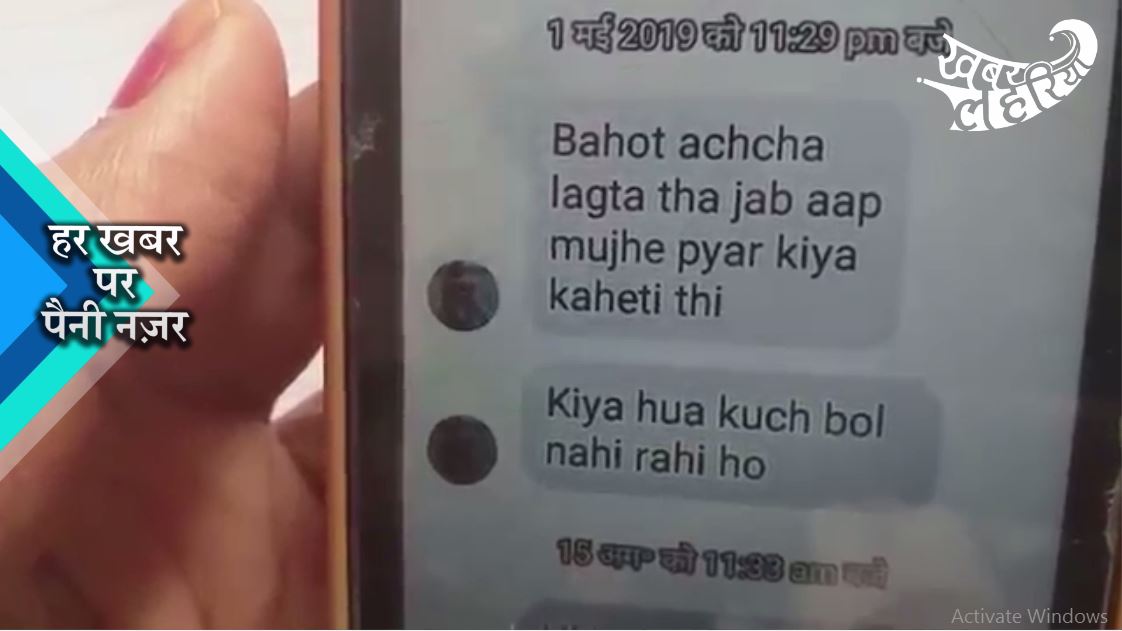 The increasing penetration of internet in rural areas has also meant that more rural women have access to a world of information and networks that are otherwise denied in offline spaces. This can be incredibly empowering but unfortunately, this is not the entire picture.

A case in point is the experience of another woman we spoke with from UP’s Chitrakoot district. An active user of Facebook, she was plagued by the comments of a user from Saudi Arabia who not only demanded nude pictures but actually posted offensive images of his genitals. When we asked if she filed a complaint against him, she said “He sent me such a horrific thing; I can’t even begin to tell you. Ultimately my cousin and I just laughed at the matter and blacklisted him. The problem of putting a case on him is that why did we ever talk to him in the first place? Why didn’t we blacklist him earlier?”

With Uttar Pradesh joining the leading 5 states at 29.54 million internet subscribers, the usage of social media, especially Facebook and its accompanying Messenger app has increased remarkably.

Another citizen from the same district, this time a very young woman, also shared her experience with trolling. “I received many comments on the birthday pictures I uploaded. These people wrote things like ‘You’re so beautiful, it’s unbelievable’ I felt extremely bad – the tension actually led to me falling ill for a week.” With few redressal mechanisms to address social media harassment, she never actually found out the identity of the individual who sent those messages.

What’s worse is society’s perception of women in UP who choose to spend time on social media, as shared by our respondent from Banda: “These trollers often call out women who use social media late at night with jibes like ‘Are you not feeling sleepy madam?’ or ‘Are you very busy’. Is it that unbelievable that women are using this tool to broaden their knowledge and not to chat with somebody?” she says. She primarily uses Facebook for the videos and information that relates to her life, as a way to increase awareness.

Another issue is that of women getting trolled or dangerously threatened for expressing their opinion. Our respondent from Chitrakoot had once decided to upload a post in response to a video of Chief Minister Yogi Adityanath claiming that Hanuman was Dalit. “Lots of people abused me for posting this, even threatening to go up to the District Magistrate. I said you go ahead and do that, I have no problem.”

Cyber-trolling has indeed created a challenging environment for rural women to claim their space in the online world – “Sometimes I feel like I should just stop using it entirely,” says our respondent from Chitrakoot. Another woman from the same district, a young political worker, talked of her experience with offensive messaging. “This has happened with me several times, during the Lok Sabha elections, where people commented on my photos saying things like things like ‘When there is no food at home, why are you doing netagiri?’ on my photo posts. There is no doubt that it is hurtful. Would anyone dare attack the daughter of a politician or minister like this?”

It is in fact not just your status in society that determines how people perceive you online, but also their refusal to accept that it is an equal space, as our respondent from Banda put it aptly, “Society never views it as us using Facebook for information, it is alright if men use social media late at night. This just shows the kind of control they want to exert on women.” Often, this refusal encompasses a belief that women on social media exist only to be courted , as in the example of our respondent from Chitrakoot who said, “ These trollers discover mobile numbers, and use it to send offensive and lewd messages such as ‘I love you’, ‘I like you’ and ‘I want to meet you’.