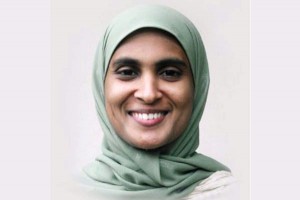 On November 22nd, VP Rajeena, a reporter from Kerala posted on Facebook a personal account of sexual harassment in a Madrasa. In her post, Rajeena elaborated on how a middle- aged teacher sexually exploited young girls and boys who were unable to complain against him. Rajeena’s post bore the brunt of an avalanche of hateful comments on Facebook.

The situation escalated so rapidly that many people reported her post; Rajeena’s Facebook page was blocked twice. The reason stated was that the post was an attack on religion. In her defence, Rajeena explained that her opinion was not pointing towards any religion but was an account of her observations and experiences.

This experience is not limited to Rajeena, it goes beyond. In the year 2000, I was studying in Banaras, in a government school in 3rd grade. In my school, another girl who was senior to me by a few years was called quite often by a teacher to his room. One day during our lunch hour, the teacher called the girl to another room. I followed them and noticed that he was sexually abusing this young girl who was made to sit on his lap. When I went to a Madrasa to study Arabic, such incidents were common. If a girl went back home and complained, as a punishment she would be beaten senselessly in front of the entire class.

If Rajeena chose to narrate her experiences on Facebook, what is wrong with that? There are very few platforms for women to express themselves in a public sphere and expose such heinous acts of sexual violence which they have personally faced or witnessed. Under the pretext of religion there is a rising climate of intolerance, where a woman’s questioning of those in power is seen as an attack on religion and patriarchy.

Everybody has the right to express their opinion in our democratic nation. Do speak your mind so a much-needed conversation can follow. Stubbing people’s free-speech with intolerant rebuttals is never going to solve any problems.

This article has been written by our reporter Rizwana Tabassum from Banaras.

Listen to what our Strategy Head Pooja, has to say about our new subscriptions product- KL Hatke|

To give the (unseen) woman farmer a land of her own

Afghanistan crisis: What is going on with me at the moment, it would be better if it remained buried in my heart