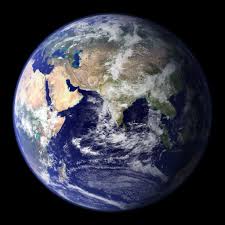 Water scarcity in the scorching summer, unseasonal rainfall impacting farm produce, and the changing season patterns are affecting the smallest of villages and big cities today. This Environment Day, it is important to realize that the onus of dealing with these changes and minimizing them lies equally with ordinary citizens and governments.

In Faizabad district of Uttar Pradesh, a paper mill in the middle of a village has been releasing industrial waste directly into a nearby pond. In Mahoba district’s Kabrai block, a cloud of stone dust from the endless digging of stone quarries perpetually hangs over the skyline, and in Banaras tourism finds its way into the waters of the Ganga river in the form of plastic bottles and wrappers.

In the new Central Government Bharatiya Janta Party’s Prakash Javdekar is heading the Ministry for Environment and Forest. One of the first statements he made was to ensure everyone that all projects that had been stalled for a long time due to debates over environmental impact, would be passed at the earliest under his charge. He believes that forests are a great source of income for the country and these resources should not go waste. According to an international report released by the United Nations Food and Agriculture Organisation, 160 crore people worldwide depend entirely on forests for livelihood and shelter. If deciding utilization of forest resources lies solely with the government, what is to be the fate of the indigenous people (mostly tribes) living in these areas?

In May 2014, the World Health Organisation prepared a list of the most polluted cities in the world. Of the top 20, 13 cities were from India. Deforestation, mining, and unregulated digging are all processes that need strict rules and regulations and laws that can ensure safeguarding of environmental interests. It is not just development but also clean drinking water and air and a balance in nature that both the government and citizens need to work towards.

Afforestation Activities Not Given Their Due

No Incubators in District Hospital: One Infant Dies, One Precarious