And this is how we break a story 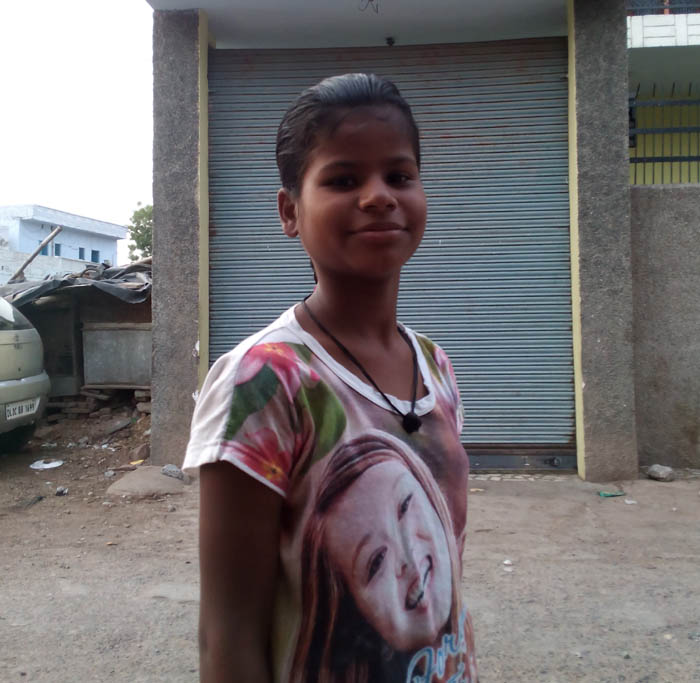 [This story contains an image that is disturbing]

On the 18th of August, we got a WhatsApp message from our reporter in Jhansi, Laali, to say that her sister Kavita had hung herself. 13-year-old Kavita was the youngest member of the family. Laali’s family – her parents, grandfather, five sisters and brother – were to be together at her parents’ house for Rakshabandhan. Laali was on the way from her home in Babina block, and her sister had just arrived from hers in Chitrakoot, when they heard the terrible news.

As this editorial was being written, no one in the family had any idea as to why Kavita made the decision to take her own life. The sudden death of a young member of the family has thrown them all into shock. But the local media seems to be privy to the reasons behind Kavita’s tragic death.

On the morning of the 20th of August, we saw this headline in Amar Ujala: ‘Bina Rakhi Bandhvaye Jaane par Bahen ne Lagayi Phaansi’ (‘Sister Hangs Herself without Having her Rakhi Tied). 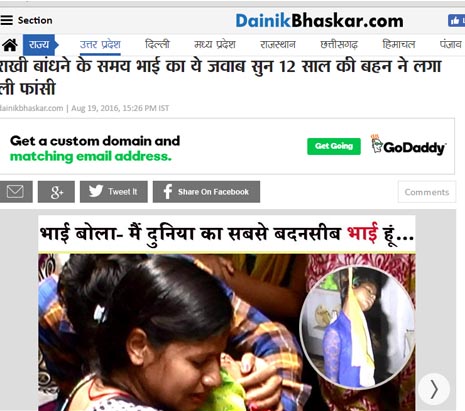 All reports are works of fiction, based on imaginary events. On the morning of the 18th of August, before the family had even come to terms with what had happened, these reporters had arrived on the scene. They persisted in interrogating the grieving family. One started asking her brother, ‘How do you feel? Haven’t had a rakhi tied this year?’

Khabar Lahariya has been reporting from the ground in this area, in Bundelkhand, for 15 years. We know well the way things work. But even so, in this situation, we were appalled by the behaviour of the local media. When we reached Laali’s house on the morning of the 19th to be with her at this difficult time, the reporters came again. One asked for a photograph of Kavita, another said, with some relish, ‘This is a big story. And that too, on Rakshabandhan – you know what a big occasion this is.’ The family insisted they wanted no media there, or any story published. But even we were unable to convince these reporters to not fabricate a report to file.

Dainik Jagran didn’t publish the statement given to them by the family. Neither did they bother to get a police statement, nor reference any official record. ‘Her brother left to get chocolate…’, ‘The rakhi plate was abandoned, decorated’, ‘a lone brother amongst five sisters…’ From these evocative details, a story was born. We had to hide the copies of the local papers from the family, with their crude close-ups of Kavita’s body as she was found that morning.

On the 20th, when we went to the school to speak to Kavita’s teachers, they began to ask us, ‘Did Kavita have a problem with her brother? We read it in the newspaper. We had no idea. She was so happy, so smart. Always ahead…’ We’re trying to explain away the rumours set off by the news reports. Everyone just says, ‘You know the media. All these bastards are the same.’

Does local media have such a paucity of news to cover that they must fabricate or sensationalise stories like these? Isn’t there a journalistic code of ethics that frowns on unverified facts and images that are likely to disturb? Using a festival as a spin on a tragic story like this, the media has treated the grief of a family and their memories of their youngest daughter with shocking disrespect. As a part of this community of local reporters we feel deep shame and anger at this face of local media.