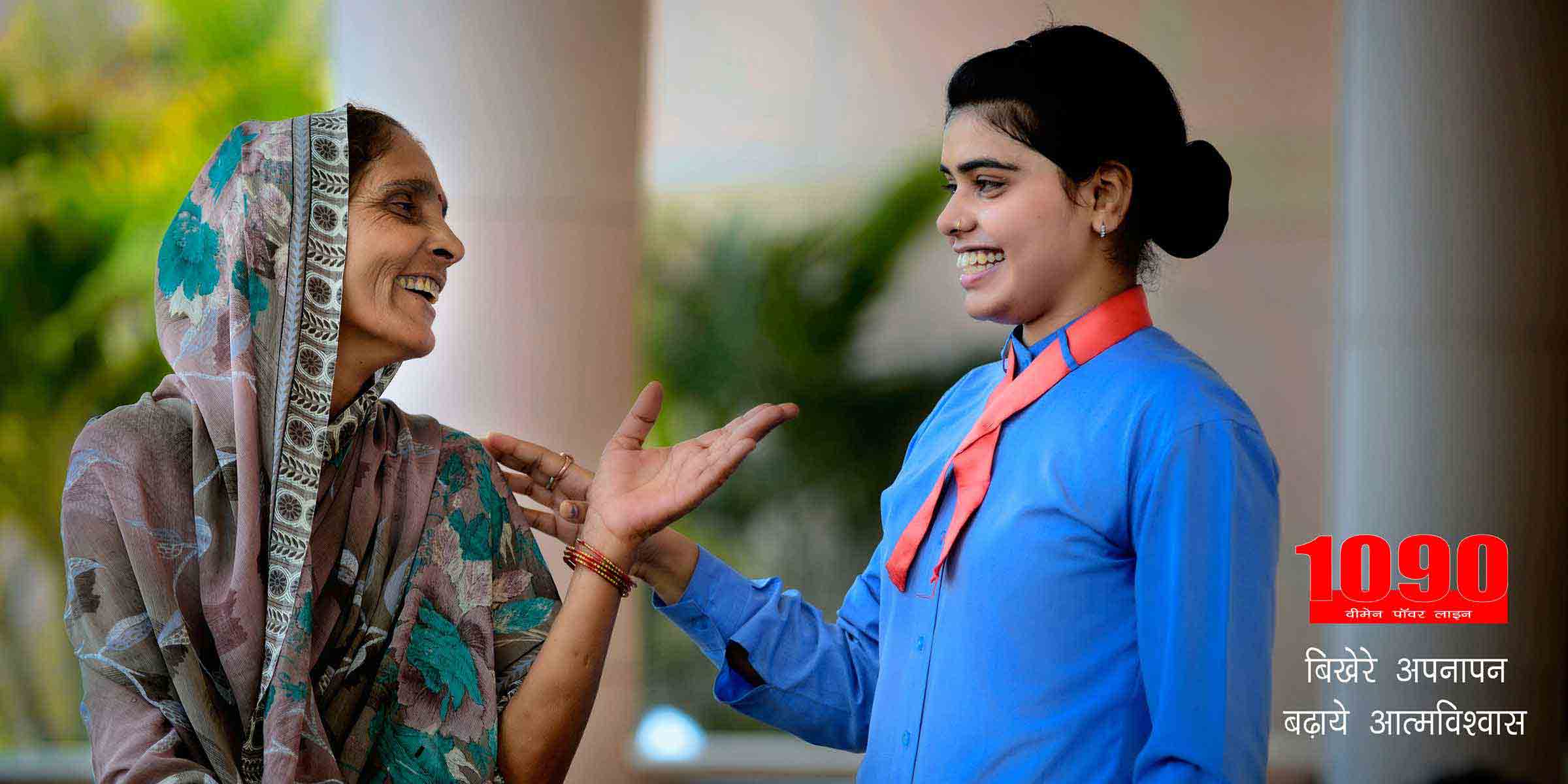 On the 22 of September, at the invitation (read insistence) of the UP Government, we arrived at the offices of the 1090 Women Power Line. The invite was in response to a case of phone harassment that Khabar Lahariya reporters had experienced and written about. It was published online and widely read, and questions were raised (also) on the effectiveness of this much-publicised helpline. The KL reporters had tried to register their complaint on this helpline, and failed to get any response. As part of their swift response to the social media storm after the article was published, the Chief Minister’s office had the helpline call Khabar Lahariya, and offer to take us on a ‘tour’. ‘We heard that you needed some information on the helpline, so we would like to show you how it works and clarify any doubts you may have.’ We sniffed a story and accepted their invitation. (We didn’t quite realize that a meeting with the DGP in Lucknow after the case was ‘closed’ would end abruptly in us being escorted to the office of the helpline. But, anyhow.)

The Women Power Line is a UP-based helpline for women and girls to register complaints of phone harassment, and more recently, other forms of sexual harassment. ‘Power Angels’ on the other end of the phone are meant to ‘foster a police- citizen partnership to create safer public spaces for women.’ According to the Inspector General of the 1090 Power Line, Navneet Sikera, the helpline has resolved 3,88,658 cases between 2012 and July 2015. IG Sikera claimed that ‘it’s a mark of the success [of the helpline] that the numbers of calls we receive are only increasing’, causing us not a little worry that the IG feels that this is a matter of some celebration.

If the size and interiors of the office of the Women Power Line is to be taken as criteria, we’d say that the UP government is definitely serious in its measures to deal with cases of harassment and violence against women. Not to mention how impressive it is that every officer (and their PA) of the Lucknow Police who we called had the 1090 tune as their callertune. In fact, the DGP’s answer to most things ‘women’, was 1090.

The Deputy SP of the 1090 Power Line, an amiable woman named Babita Singh, was our tour guide. ‘Cases of phone harassment are the ones most commonly received, and the highest number of calls is from Lucknow,’ Ms Singh told us. It wasn’t surprising that in this largest state of India, known to be the most notorious in terms of rates of violence against women, the highest number of complaints of phone harassment come from the capital, Lucknow. What is the reach of the helpline across UP’s 75 districts? From the records of the helpline provided to us, clearly, the response is highest from urban areas: Lucknow, Kanpur, Agra, Varanasi and Allahabad. The number of complaints registered from rural areas is very low. Was this a function of the lack of reach, or lack of information about the helpline?

A month ago, a man was harassing me over the phone. He refused to listen when I told him not to call, instead, he would abuse me. I tried to call the 1090 helpline thrice, but each time the number was busy. Once, I got a response saying, call after 10pm. When I tried at night, it was busy again. Finally, I put the number of the person harassing me on the reject list and so the calls stopped coming through. (Saroj, Kabrai block, Mahoba)

One of my friends was being harassed over the phone by a boy, six months ago. We called 1090 but the number was always busy. We tried two or three times, but didn’t manage to speak to anyone. We finally had to find our own way of dealing with the caller. (Sarita, Bhiti block, Faizabad)

Nine months ago, I and my friends were being harassed by a man who would call us continuously. We tried to call 1090. When we finally got through, we received no registration number for our complaint, and no sign that the case was being dealt with. 8 months later someone called from 1090 to ask if the matter had been resolved. It’s a cause for some concern about the efficiency of the helpline if harassment that had us in a state of trauma for months was seeking to be resolved so long after. Mamta, Banda

According to Babita Singh, ‘When the 1090 helpline started, we were able to resolve most cases. As the publicity around the helpline increased and more people became aware about it, this problem of people not getting through began to increase. The biggest challenge we have is limited resources and staff. We have only 96 constables working on the helpline now.’

While on our tour, we had a sense of size and scale, but the high-ceiling building echoed with the lack of people. In one room, where calls were being received, there were 15 women constables sitting in front of their computers; in another, 15 male constables were ‘counseling’ accused phone stalkers. In a state with a female population of 100 million, and the highest rates of crimes against women in the country – it’s not surprising the lines are busy all the time with a paltry 15 constables available to receive them. And this is the state’s strongest possible response to tackling violence against women?

When we put this to the IG Navneet Sikera, he said they’d have 20 more computers within a week, and soon there would be 50 in all. Along with computers, there would be new women constables hired too. This year, a budget of 22 crore rupees has been sanctioned for the Powerline. The IG seemed sure that that gaps in the system could be easily resolved. ‘Whatever remained to be fixed, has been with Khabar Lahariya’s feedback’. We smiled, but he seemed serious. (So serious, that within minutes of our interview, the photographs of KL-on-tour-at-1090 were on Twitter.) If just our participation in the tour meant a plug in the leaking Power Line, we’re very happy we came. But crimes against women are a serious and deeply ingrained phenomenon: along with hospitality and publicity, the UP government needs to think about resources, sensitivity and prompt action on these matters.

A Congratulatory Note, Tinged with Regret

Banda to New York: A Reflection on Impact, Storytelling, and the Future of Independent Media

Jal Jeevan Mission in UP : Few Taps In Banda, Taps But Not Enough Water in Baghpat