Behind-the-scenes on the shiksha mitra protests that are holding the country’s most populous state to ransom.

On July 25, the Supreme Court ruling upholding the High Court verdict on “shiksha-mitras” submerged Uttar Pradesh into an abyss of veritable chaos. Almost overnight, protestors were out on the streets across the country’s most populous state, and while it meant traffic jams for urban office-goers, in rural parts of U.P., life came to a standstill.

According to rough statistics, the country’s most populous state has over 1, 72,000 shiksha mitras who were all awaiting the exact opposite of the verdict that the High Court had passed in 2015 – a decision that had stayed the inclusion of shiksha mitras as teachers proper. 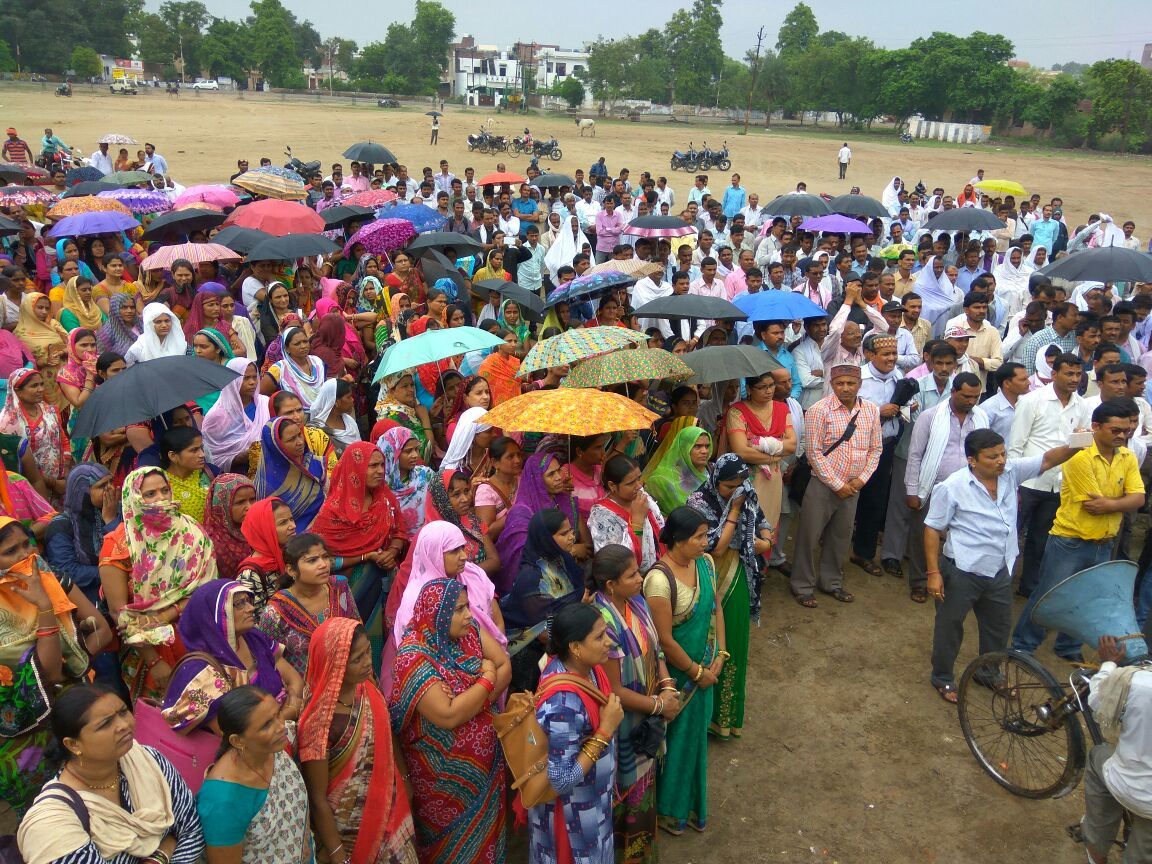 In rural Bundelkhand, Banda and Mahoba saw a fair number of the shiksha mitras take to the streets, participating in large-scale demonstrations against the verdict. Schools have been the worst affected with most shutting down, and several indefinitely, as of July 31, declared an unofficial holiday across the state. In a country where kendriya schools are often running on account of shiksha mitras, where the education of thousands of children often boils down to that one teacher, this is a very serious state of affairs. The irony, as with most if not all government directives, is unmissable: Shiksha mitras, or para-teachers, are appointed precisely to meet the lack of qualified teachers. There are counterparts in Maharashtra and Chennai as well, and their salaries are considerably lower than those of teachers – the difference is 10 times. Until a few days ago, the “adjustment” of a shiksha mitra as an “asli teacher” was all in the scheme of the natural order of things.

As we mingled amongst the protestors, the rage was palpable. Shailendra Kumari in Banda, makes no attempt to hide her disgust, “What about those who have already gone ahead of us, the previous shiksha mitras who are headmasters today? Have they been removed? No! They are earning 74,000 a month. But suddenly, we have no value? Why have we been singled out? Is that fair?”

In Naraini, Mukesh makes a point, “The basis on which this usual adjustment has been cancelled is invalid. We have 16-17 years of experience, is that such a small time? Aur ab hum sadkon par aa jaaye?” Shashikala adds, “Obviously, we’re going to starve.”

Ever since the verdict was upheld and officially announced, shiksha mitras have been in chakka jams and dharnas galore. There have been reports of mass fainting, threats of suicide, and demands for “ichchca mrityu”. Some parts of U.P. have also called for a stronger on-ground mobilization channelling “the Jallikattu episode of Tamil Nadu” – to not give up until the state is forced to revoke a final order. In this case, the mandatory exam all shiksha mitras have been ordered to take and pass (two attempts are allowed) in order to be promoted as teachers, which protestors insist is not a legitimate or fair imposition.

There are saner voices too – those asking everyone to do the Math. A shiksha mitra is paid close to Rs. 4,000 a month and once “upgraded” as a teacher, he/she is appointed at a take-home salary of approximately Rs. 35,000 a month. Mahoba’s Vimal Tripathi starts by telling us that he respects the court’s decision, even though it is “unfortunate”. He elaborates, “People are now in their 40’s – we can’t suddenly be evicting them from their jobs to start from scratch.”
Tripathi is firm about their stance, “We want to say to the state government that our honor should be returned to us. If our demands are not accepted, then we shall move in large numbers towards the Legislative Assembly.”

Meanwhile, in higher circles, the usual drama unfolds. State Governor Ram Naik declared in Rampur while addressing a rally of protestors that he would personally escalate the matter to the Chief Minister’s Office. Yogi Adityanath, on the other hand, has already proclaimed it all a done deal, washing his hands off a verdict that has come straight from the Supreme Court. And of course, Akhilesh Yadav, who seems to have reared his head since the election debacle arguably for the first time, is leaving no stone unturned in politicizing it. Business as usual in the halls of power, of course.

On the streets though, in real life, schools are closed. And Shailendra Kumari has the last word, “Chakki mein peeskar humein pee gaye hai. We are left with no options now.”