The inner workings of an absurd scheme, from a Chitrakoot village.

In May 2018, the villages of Koniya and Bargah in Chitrakoot saw a unique kind of government welfare scheme in action–families were handed varying numbers of baby chicks as a part of a new drive to tackle malnutrition.

“They basically told us that they’re giving us these chicks because when they start laying eggs we can incorporate the eggs into our daily diets to prevent diseases and have good health,” said Koniya resident Chandrakala, who got 50 chicks in the scheme. “They also said that we should take good care of the chicks to make sure they grow well, and then we can sell them in the market for additional income,” she added, skeptical. 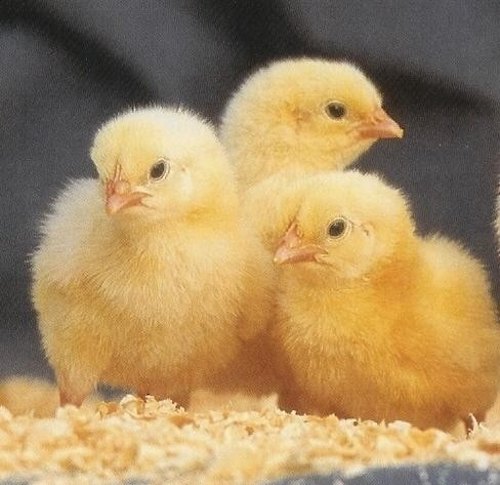 Virtually every survey in the recent past has highlighted the nutrition crisis in India–from the National Family Health Survey 4 to Global Nutrition Report 2016 and Global Hunger Index 2017. And UP, India’s most populous state, particularly struggles with nutrition. According to NFHS 4, only 5% of children between 6 and 23 months in rural UP receive an adequate diet. In fact, 18% of children under the age of 5 are wasted; 41% are underweight. Even amongst adults, the lack of adequate nutrition is apparent: 28.1% of women and 29.1% of men have BMIs below normal.

The state and central governments have made several interventions to address the problem of poor nutrition, including the State Nutrition Mission (SNM-UP), Integrated Child Development Services (ICDS) and the National Nutrition Mission (NNM), with an approved three-year budget of more than Rs. 9000 crores. This scheme seems like another attempt to tackle the problem.

“Under this initiative we gave 45 chicks to each family,” explained Dr. DK Pande, the Deputy Chief Veterinary Officer in Chitrakoot, “We first gave them 25 chicks and then in maybe February or March we will give them the rest of the 20 chicks.” For their upkeep, he said, “ Rs. 1500 will also be credited to a bank account in the family.”

While on paper this may seem like a viable scheme–after all, eggs are a great source of protein and other essential nutrients, and hens tend to lay eggs almost everyday–the lack of foresight or even planning became apparent in conversations with some of its beneficiaries.

“It was the summer, most of the chicks died when they were very young,” said Noorjahan from Koniya, “If I recall correctly, that summer only 14 survived from the chicks I got from the government; now, I only have one cock and four hens.” Chandrakala, too, faced a similar problem. “7 or 8 chicks are still alive,” she said, “The rest of them fell ill and died.” Our reporter found out that no facilities were made for the beneficiaries to access veterinary care at the local animal hospital.

Manmohan, in Bargah, only has 2 or 3 chicks who survived the last eight months. “We don’t know what to what end these chicks will be useful,” he said, laughing uncomfortably, “We’re only still raising them.” And raising them is not an easy task. Chickens require good feed, water, space and attention in order to thrive–all of which require these families to redirect their scarce resources. Even the Rs. 1500 Dr. Pande mentioned hadn’t been transferred to any bank accounts: “Just one sack of fodder and 50 chicks, that’s all,” said Chandrakala.

And perhaps the biggest problem in the execution of this scheme–which doesn’t even exist on the UP Animal Husbandry Department’s website–is the lack of information dissemination. “Yes we will use the eggs,” said Manmohan half-heartedly, “But we don’t know what benefits the leftover chicks will have.”

In a confounding move, the chicks distributed in May seemed to target villages with a large lower caste population, like Koniya and Bargah. “This initiative was for families from all categories, there was no relation to caste,” insisted Dr. Pande, “It was for families belonging to general castes, OBCs and SC/STs.” And while food is never apolitical, especially not when it comes to caste, this is exemplary of the befuddled execution of this strange governmental welfare scheme.