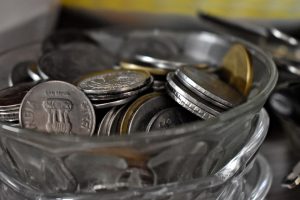 In a new series on rural finance in partnership with Firstpost, Khabar Lahariya deep dives into its various facets, exploring the nature and details of daily transactional activities in Bundelkhand.

First up, a portrait of the middleman – the broker who liaisons between the common man and the government representatives.

If this was the mandatory essay topic in schools in the hinterland instead of how Swachch Bharat Abhiyan has changed their lives, the students would be far more creative.

Khabar Lahariya fills in the blanks on this essay, with vignettes from across Bundelkhand…

… there are too many of them.

… they are not accountable to anyone. Not to the pradhan, not to the tehseel admins or anyone else higher up in the authority chain. And certainly not to the people who comprise their clientele.

… their work is off-the-record.

Bank Mitras, Lekhpals, Sachivs. They go by many names, but they have the essential in common: They all serve only themselves. Exploiting a populace that’s largely illiterate, living below poverty lines, barely surviving, or just about scraping by, they make neat packets of money off the misery of the poor. By hook or by crook, and more often than not, exerting a great deal of “dabangai”, which loosely translates as brute force.

Here are a few snapshots of the quintessential Bundeli middleman and the parallel rural economy he runs – a product of the defunct system, and one that he feeds on.

According to the village residents, the lekhpal is in cahoots with the pradhan, and liaisons with private firms, giving them the opportunity to dig up land assigned for cow shelters, in exchange for money.

Farmers protest against the patwari – local parlance referring to an individual who maintains ownership records for a specific area and undertakes collection of land taxes and also other monetary tasks and transactions – alleging that he’s lobbying for drought compensation packages for only those among them who are paying him. The ask has varied between 1000 and 5000, and the patwari is currently AWOL.

Two: The usage of brute force is common

Tehseel Diwas is marked by protests to remove the lekhpal. Besides the more common allegations of corruption, he’s also known to give death threats on a regular basis.

Also, watch the middleman’s amused reactions at being told of the allegations against him in Ajnar village, Mahoba.

Three: The middleman is not accountable

Meet Rajkaran, self-professed bank mitra, having held both private and banking ‘lending’ roles, reluctant to reveal his current designation, or the nature of his dealings, both past and present. It is in the hands of men like Rajkaran that small farmers such as Kharaunch’s Mithai Lal, place their bank passbooks, hoping for that loan waive-off they’ve heard the state government has bestowed upon them.

This is the first part of a special Khabar Lahariya series on rural finance, for which we’re partnering with Firstpost. Watch this space for more!