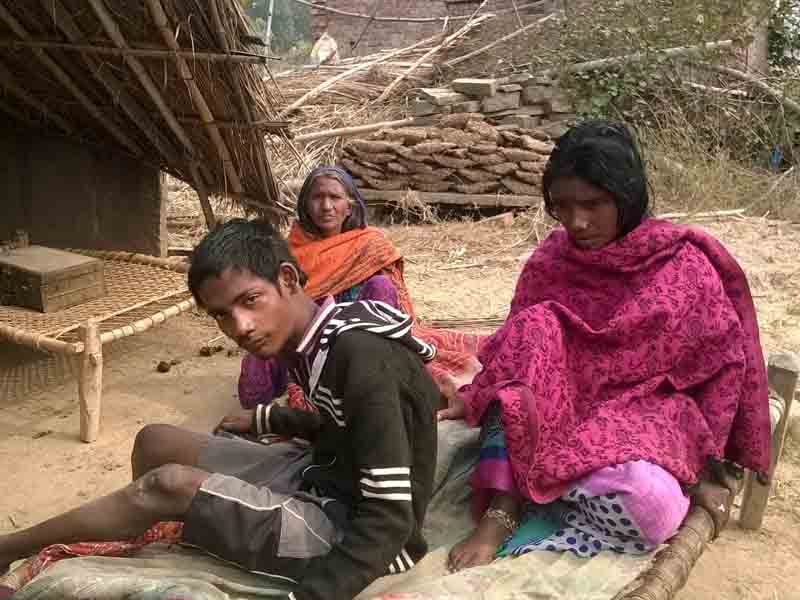 One month ago, in December, life seemed to be on track for Rajkumari. She had just won the Block Development Council (BDC) election from her village Shivgarh, Mirzapur district. As a Dalit woman and single mother of two children, she was providing for her son’s medical treatment and her 16-year-old daughter’s education. Rajkumari had lost her husband 15 years ago to alcoholism. But she had managed to eke out a living as a construction worker to run her household.

On the night of December 22, everything changed in Rajkumari’s life. Her 16-year-old daughter Geeta was allegedly gang- raped by people from Shivgarh. Khabar Lahariya visits Shivgarh to reconstruct what happened that night and in the days that followed the incident.

It all started before the BDC elections. Rajkumari says she was threatened by one of her opponents called Shyam in the election. He repeatedly told her not to run for elections, if she did, something bad would happen to her. He told her that she wouldn’t be allowed to win. Rajkumari’s father Ramdhani says, “They came again on the day of counting. They said if my daughter won, they’ll do what it takes that she isn’t able to show her face in public .”

On December 22, Geeta was with her grandmother, listening to songs on her grandpa’s mobile phone. Around 11 pm after Ramdhani had instructed Geeta to charge the mobile, everyone went to sleep. An hour later, Ramdhani woke up. He wondered if Geeta had plugged the phone in, and went inside the kutcha house to check. To his surprise, Geeta was gone. Worried, he woke up the household. A search party, including the family and neighbours, fanned out into the village looking for her. She was nowhere to be found.

Minutes later, they called on the mobile. The ringtone blared out from a field nearby, its loud tune piercing the silent night. When they traced the mobile, they found Geeta lying unconscious. Her clothes were torn in places, and her body covered in blood stains.

Geeta’s uncle picked the unconscious girl and brought her home, wrapping her up in a blanket. They splashed cold water on her face; she woke up for some time, gasping for air. Geeta told her family that two men, Pappu and Bindu Beheria, abducted her and took her to Basvani. In the fields, they tied up her hands and mouth, and tore her clothes. They made her dance and then, raped her. Geeta couldn’t recall what happened after that.

The next day, Rajkumari took Geeta to the police station at Paladi. The police refused to lodge an FIR, or to send her for a medical examination. They didn’t let them leave the station either. According to Rajkumari, the police subjected the 16-year-old to abrasive, insensitive questioning. “What happened, are you suffering from jaundice that you can’t speak a word,” said Akhileshwar, the constable  at the station. They interrupted Geeta’s testimony multiple times, asking her to describe exactly what the accused did and how. Sniggering behind their questions, they suggested that Geeta should simply agree to a settlement.

The next day, Pappu and Bindu’s relatives came to Rajkumari’s home, asking her to settle the case outside the police station. When the family refused to cooperate, they returned to plead and beg. Geeta left the room, pretending to be sleepy. Sometime later, her grandma walked into the room, and found her hanging from the ceiling. When  Additional District Magistrate Ratnapriya visited Rajkumari, she asked her to demonstrate how her daughter had hanged herself.

A case has finally been registered at the Paldi thana under sections  376, 306, and 452. Both Pappu and Bindu are behind bars now. But Rajkumari has lost the will to live.