Love, identity, and reckoning: Being queer and in love in Allahabad

A Valentine’s Day special dispatch from the city of the Kumbh. 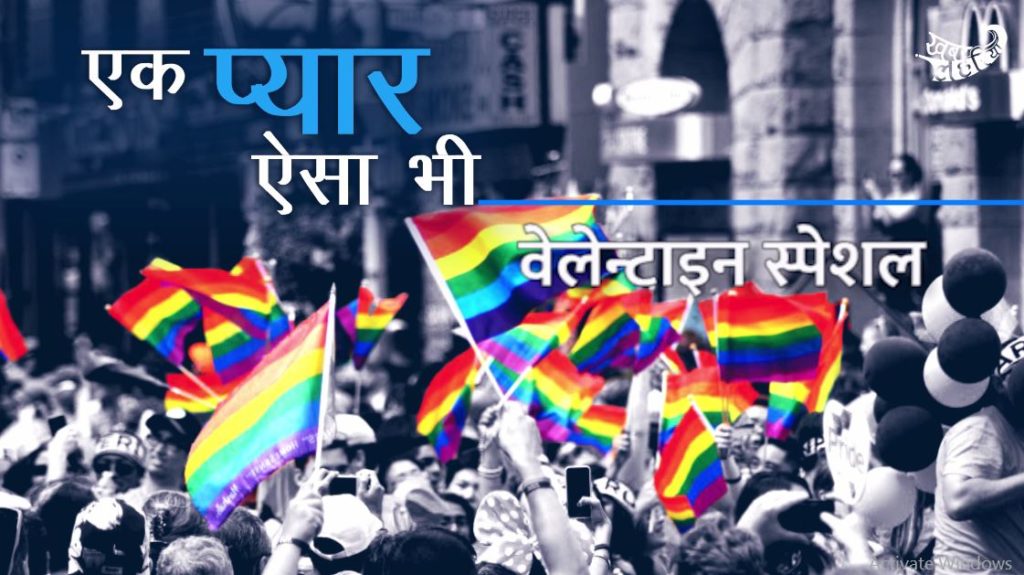 “I got sick of the intense pressure to get married and finally told my mother that I have no interest in girls. You know what her retort was? ‘Why? Do you like boys then?’”

Deepak chuckles as he remembers how his courage failed him when he almost told his mother he was queer. But this self-acceptance was a long time in the making, growing up as he did in Jagatpur, a small village in Allahabad, Uttar Pradesh.

What really helped him understand himself better was the Allahabad-based Allahabad’s Resistive Alliance for Queer Solidarity, or RAQS, an artist-activist organization that works with the LGBTQ community on issues like gender, sexuality and mental health.

Deepak spent most of his childhood in his grandmother’s house in Jagatpur. It was an all-woman household and, surrounded by girls of his age, Deepak felt at home. “Since childhood I have always felt more like a girl,” he explains.

The feelings remained when Deepak returned to his parents’ home, albeit unanalysed. “As I grew up, I realised I liked looking at boys the same way that boys liked to look at girls,” he says. “I had a very close friend in Class 12, and we really cared for each other. We ended up hugging and kissing a bit too, my first time, but I still couldn’t admit or even realise really what it was I was feeling.”

His journey of discovery went a step forward during biology class, otherwise known as India’s tragic substitute for sex education in school. “I came across this tiny section on homosexuality in the chapter on reproduction,” he remembers. “It was just an afterthought of a mention, like a mandatory line, but I identified strongly with it. It was the first time I realised that there were probably answers out there that could help me understand myself better. That perhaps this is who I am. It piqued my curiosity.”

When Deepak finally moved out of his parents’ home to Allahabad, he was equipped with a phone. This meant he was on the internet, which allowed him to research the topic further. “All my life I had questioned myself: why was this happening to me? Why was I like this? And I could finally see I was not the only one.”

Deepak’s research finally led him to RAQS, and he learned what it meant to be transgender. “I didn’t know what transgender meant. I thought it only meant kinnar or the third gender. It was used as an abuse,” he says.

RAQS’ founders, Toshi and Dharmesh, told Deepak that “transgender” was, in fact, a broad term. “They gave me a deeper understanding of the topic, more words to equip myself with,” Deepak says. “I understood that if I am a girl trapped in a boy’s body, then I am transgender. I finally understood what I am and I have no problem accepting that now. That is who I am.”

Dharmesh and Toshi started RAQS four years ago as a safe platform for the LGBTQ community in Allahabad. “I realised that there was no platform that allowed us to talk about our identity and sexuality openly,” Toshi explains.

It was a revelation for people like Deepak. “People would tell me that I am a man, so I shouldn’t act a certain way or move my hands like that, or talk like that. I received a lot of comments on how I danced like a girl. My first response to that harsh criticism was that I gave up dancing, even though I love it.”

He shrugs. “Now I know how to handle all the nasty comments that people like to make. They don’t bother me anymore. There have even been times when my mother called me a hijra. In the same way, like an abuse. Yes, when your own mother says something like that…it definitely hurts.”

Deepak’s decision to live his life as honestly as possible is testament to his courage, as well as the support he gets from RAQS. “RAQS has given me the power to be myself,” he beams.

Another important ally is his aunt, he says, in whom he has found a true confidante, non-judgemental friend, and supporter. Once, when he was at home, his late night phone calls with a friend were misinterpreted as a budding romance. However, his aunt didn’t mince any words in putting the rumours to rest.

“My aunt told my mother that he doesn’t have any interest in girls. I think it really hit my mother hard because she heard it for the first time from someone else,” Deepak says. He quickly defends his mother’s reaction, saying she’s someone who knows little of the world out there. “She also has a heart condition. I don’t want to tell her anything that will upset her. So I simply refrain.”

Homophobia is rampant in Indian society, and it is perpetuated through mediums such as cinema. Section 377 of the Indian Penal Code, which criminalised sexual activities “against the order of nature”, was only recently struck down, over 150 years after it was introduced.

For decades, Section 377 was used to systemically persecute and marginalise the LGBTQ community. From harassment and blackmail to false cases of “kidnapping” to break up queer couples, cases would go unreported. Male victims of rape found little recourse to justice if the perpetrator was a former partner.

Prior to the law being repealed, most victims could only avail legal advice as their socioeconomic status wouldn’t permit them to openly fight legal cases. If a case went to trial, it would usually be fought anonymously. The Supreme Court’s decision to overturn Section 377, deeming it unconstitutional, finally removed the legal stigma attached to consensual same-sex relations between adults.

However, social stigma is another story. Kishan Maurya, a student of Allahabad University, describes how a queer acquaintance was recently denied housing on the grounds of their sexual orientation. “The landlord said if the Supreme Court has passed some weird law, then they should go ask the Supreme Court for a room,” he says.

This disdain for the queer community takes many forms. Consider how women identifying as lesbian or queer are treated. “Society has named it kupratha”, says Neha, a student at Allahabad University, “a deviation from our natural practices. But this thinking is not going to change overnight. It’s our responsibility, the duty of our generation to accept every kind of person. We should fight for equal representation, give them the same liberties as any other citizen and work towards changing the narrow mindset of our society.”

Satyam Raj Sangharsh, who studies at the same university, sums up this hypocrisy towards the LGBTQ community: “We worship Ardh Narishwar in Sanatan Dharma. On the other hand, if we actually meet someone who is queer, we make fun of them. The laws have changed but our mindset hasn’t.”

But now Deepak is all smiles. “I actually don’t have the words to express what I felt when I discovered who I truly was. It was as if, until then, I’d been living in the dark.”

This special story, co-published with Newslaundry