Login
खबर लहरिया Bundelkhand & Beyond Not Just for Kicks

Not Just for Kicks 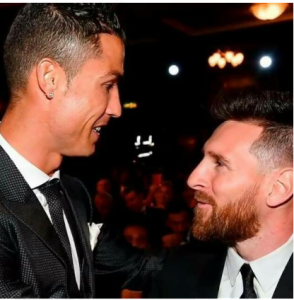 Still reeling from that semi-final?

Prep for the Sunday final with local fans and players from the hinterland, who’re kicking it hard this World Cup season.

It doesn’t matter if the underdog gives you heartache, if you’re rooting for the pros and champs, or what you think of the host nation’s politics, this FIFA World Cup has ensured a collective global shock one way or the other.

Even the hinterland, where we live and work and report from, has not been unscarred – so reeling from all the adrenaline that oozes out of watching a game like football, and reading up on all those powerful narratives, we decided to spend some time chilling with the experts of Bundelkhand.

In Chitrakoot, we meet with Sagar Soni, a football player just shy of 15, who spends 6 hours on the field daily, four before and two after school. Plus, he is at the grounds for practice in the wee hours of Sunday, every Sunday, and teaches younger children twice a week. He’s been following the World Cup closely and was rooting for two favourite teams, Portugal and Spain, until both crashed out. Come Sunday, he’s going with France, probably.

Meanwhile, Rajesh and Narottam Singh, both ex-players, spent their college years firmly placed in the Forever Brazil category. Although today, Rajesh is very clear that the world’s most popular player is Messi. Almost as an after-thought, he adds, “Ronaldo bhi hai waise. Neymar bhi hai. And from Uruguay, Suarez karke hai ek khiladi, he’s also good.” Sagar has no qualms in equating them with gods, “In fact, in Chennai, they’re actually worshipped. I believe there are temples in their names.” He likes Messi’s game, “He’s from Argentina and plays for the Barcelona club,” adds Sagar, helpfully, pronouncing his first name Leo-nel.

But the bigger story here – perhaps even more than the giant upsets we’ve witnessed so far – is where we are in all this. Says Narottam, “India’s ranking in the world is very poor in this game. We’re on # 90.” Hope floats though, because he adds that things are improving. To him, Bengaluru FC player and current national football star Sunil Chhetri is the embodiment of that hope, “Players like him, they’re comparing him to Messi the world over. Toh hamare khel ka star bhi yakinan badh raha hai (So definitely, the level of our game is increasing every day).” He cites India’s win at the Intercontinental Cup held in Mumbai last month as a prime example, “We defeated Afghanistan, Iran, Kenya… that counts for something. Ever since the Indian Football League came into place, so many boys have come up. We’ve got coaches coming in from foreign. If we stay at it, we’ll have a ticket to the World Cup also.” But even though players like Chhetri implies the opening of hitherto-unclosed doors for young and upcoming players such as Sagar in Chitrakoot, the story of facilities and opportunities – or rather the lack of – is intrinsic to this narrative. It comes up when Narottam asks pointedly, “How many stadiums do we have? Nahi ke barabar. Who even knows or cares about the types of fields that are needed?” Pointing around the stadium, he says, Yeh ghaas thodi hoti hai stadium mein.”

The Chitrakoot Sports Stadium where we are is the largest grounds here at the district-level. The locals often loosely term it “Bundelkhand’s biggest” (technically, incorrect), and it’s evident that it isn’t well-maintained. The same kind of grass cannot be a cricket pitch and a football field, after all – something Narottam flags often. And let’s not even talk gear! “Shoes!”, exclaims Narottam, “This isn’t a game where you can play barefoot! It’s anyway such a risky and highly challenging sport, where chances of severe injuries are very high.”

All of this quickly brings us to the most favoured sport of the country and the damage that has done to every other sport in the country that is not cricket. Says Sagar, whose DP (inset) speaks volumes, “Cricket is only popular in India. Football is the rage all over the world. Global hai. It’s just that it’s not as popular in our country, pichda hai thoda. For instance, if someone is interested in football here and wants to play it, or plays it, he is not given as much encouragement as a cricket player.” “Yeh toh fact hai,” he adds, matter-of-factly.

Coach Sohan Kumar at the local Chitrakoot Sports Stadium however, is a wee bit more rattled as he elaborates on the step-child treatment, “If there’s a local cricket match, people come to watch. They even buy tickets. Officials also attend the important games. But, with football, even when I go and request people to come and watch, or the local officials to inaugurate an event, they all give the excuse of lack of time. Yeh sahi baat nahi hai. It’s sad.”

Rajesh is of the opinion that it all boils down to – what else? – politics! “See, in India, unless there’s political will driving it, nothing happens, let alone flourishes. Rajneeti ke log jab tak ghusenge nahi, tab tak toh…” He speaks as a Chitrakoot local, “Our MLA has never played this game, or maybe any sport. Now he is the person who appoints everyone else, right? The chairman board, the youth committee members, sports organizations… Unless a seasoned player, or a coach, or someone like that, isn’t invited onto the board, or appointed as a head – you know, given that title and authority and position officially – why and how would the sport take off? It is simply not possible.”