An Open Letter to Yogi Adityanath 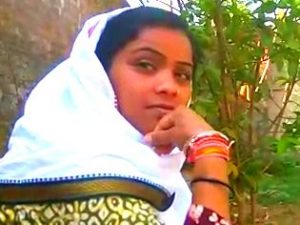 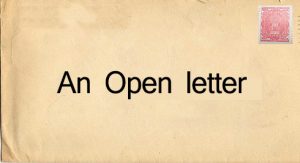 My name is Sheelu Nishad, and I live in Shahbazpur, a village in Banda, in Bundelkhand.
What’s happening in Unnao today, is like déjà vu for me.
In 2011, I was raped by then sitting BSP MLA Purshottam Dwivedi. I was 17, and I couldn’t walk for days, the pain was so intense. I remember bleeding for 22 days straight. But I was broken mentally and emotionally too.
I was threatened by the MLA, his sidekicks and party workers to stay mum, and when I didn’t because I couldn’t, a few days later, a case of robbery was slapped on me. I spent several days in jail, where I actually felt safe because everyone told me that they would kill me the very day I stepped out.
My relatives, neighbours, everyone advised me to let it go, out of fear. My own chacha relocated, fearing his life. I don’t blame him. I too was very, very afraid.  There was social pressure on me and my family to settle – “samjhauta kar lo”. There were threats – political honchos would come to my village and speak of setting people aflame if they supported me.
I was a poor farmer’s daughter, I was a child, and I was both confused and frightened out of my wits.
But more than anything else, I was angry. Very, very angry.
I decided to fight for justice.
I filed a complaint. I spoke with the media, I engaged with Sampat Pal, the fiery Commander of the Gulabi Gang. I went to Delhi and appeared on news debates. I participated in the protests that raged through the capital in the aftermath of the Nirbhaya episode. I was one of the voices who demanded capital punishment for inhuman acts such as rape. I was the first woman in Banda to have registered a case against a sitting politician, it was a historic moment.
I am often called a hero, but I want to say today that I could not have done it alone. I had journalists behind me – Khabar Lahariya was one of the first media platforms to contact and support me. I had the support of important politicians too, Rahul Gandhi and the Congress were with me throughout. I was given a gunner for my protection soon after the FIR was lodged and also a pistol for self-defense – these things matter. Several individuals and groups rallied around me. You need the numbers to feel empowered, to know you have the strength to go ahead.
This is what I wish for, for the girl in Unnao today – that she feel supported enough. And this is my appeal to the Chief Minister Yogi Adityanath & Prime Minister Narendra Modi – that they ensure the girl gets justice.
Because, honestly, I am not hopeful of her getting justice. I do not blame the adhikaris and officials – they all only follow the party in governance. And U.P. and the Centre both have BJP in power. Sarkar ki satta is the most powerful mechanism in the world, there is nothing bigger or more powerful than that. Until and unless the governing party comes forward, this case too will fall into the usual cycle of dabaav, dhamki, samjhauta.
I request Adityanath ji and Modi ji to ensure the C.B.I. enquiry is conducted in an unprejudiced, just manner, and the accused convicted.