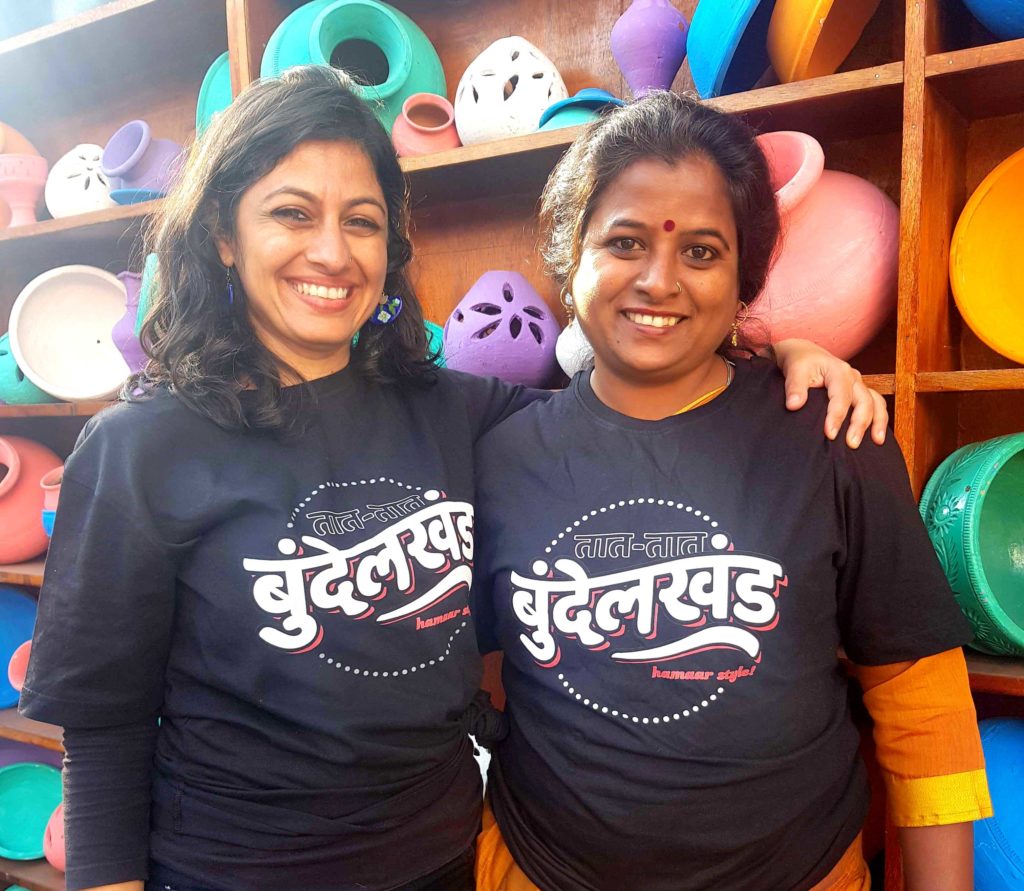 Flagging off our new series featuring conversations between Disha Mullick and Kavita Bundelkhandi, Khabar Lahariya’s co-founders, in times of lockdown.

Kavita: Was there an earthquake in Delhi? I saw it on the news but I thought it must be fake. I thought I’d check if you were OK.

Disha: We’re OK. I was cooking and the whole kitchen shook under my feet. It was quite terrifying.

Kavita: It is terrifying, these days. You know, there were viral messages going around in March that the world was going to come to an end on the 29th of April. Planets were going to fall out of the sky or something. Then this Corona happened and those messages disappeared. But maybe the end of the world is still coming.

Disha: Kavita, don’t be silly. You are the worst type of rational, fake-news-busting editor.

Kavita: You can dismiss it, but they say you can control everything, you can’t control the hand of fate. Usually, the beginning of the summer, the beginning of harvest season, the fields are dry and fires start all over the countryside. This is the time when personal enmities come to the surface and you know who has it in for whom by who sets whose crops on fire. Now, there’s no one in the fields. How are they on fire?

Disha: Are people feeling fear, is that it?

Kavita: There’s so much anxiety about what will happen. And now, when people need care and reassurance – what’s happening instead? I don’t think I’ve ever seen so much tyranny. All the Muslim neighbourhoods in our city are sealed, whether or not there are any positive cases. People are terrified. I was out in the market and an old man was getting his gas cylinder. The police kept taunting him, didn’t he know what was happening in China, in Italy, in the US? People were dying, and here he was going about as if nothing was wrong. I told him to just leave and go home before they took his bike and slapped a fine on him, or put him in custody.

Disha: Here, the migrant story has become about food relief and how much the state and people are doing for the poor. The occasional death on some front pages reminds people of what they are trying to forget. What happened to everyone who had reached back home?

Kavita: They are jumping the walls of those schools they were locked up in and going to their villages. I got a call from someone in Lucknow whose son was locked up in Tindwari in Banda. He said if they didn’t get out of there, they’d get sick for sure. And just a meal a day!

Disha: So is this being reported in the local press – the condition of inbound migrants and the jumping of walls?

Kavita: Hah, are you serious? The media has got their passes to hang out in and around the police stations. Didn’t you see the photos of the daroga who is doing food distribution in Choti Bazar? The cops were going insane doing photo-ops. Marigolds stretched over their stomachs. Directing the non-existent traffic, for the benefit of the live broadcast on K News. And distributing food. This is what the local press is covering. Meanwhile, we did a story on snake charmers in Chitrakoot not being able to get out to work and make their daily wages, and we got calls from the cops saying it is fake news – apparently they went there and checked with the snake charmers and everyone said they were fine. But you tell me, what’s it like in Delhi? How are things?

Disha: Well, if you stay inside your cocoon where they want you to and light a few lamps, do some deep breathing or HIIT workouts and don’t really bother about how the rest of the world is doing, it’s all fine. Fine with an edge of fear and impatience: when and how will it end and what will be the cost? I’m not sure how much longer we can sustain, while other bigger newsrooms are downsizing or editions are being shut down. We’re writing proposals thick and fast, to keep the reporting on the ground going. Rural news does seem to matter now; it’s not just a catchy slogan we put on our bumper stickers. Because what will happen if rural communities don’t get enough versions of the how-to-wash-your-hands pamphlet! Our villages could be our downfall. Got to get them information. I heard today, while trying to negotiate for the money we need to do essential reporting on COVID-19, that the high-value projects for rural areas were drone-and-loudspeaker contraptions that could spot unsuspecting rural folk and say – hey, you in the white shirt, we see you, get back into your house! And I thought of our Narad, with his homemade helicopter, shot down so unceremoniously. He should try flying a makeshift craft in the times of Corona! Maybe he will be flooded with funding, instead of locked up in jail. But who knows. Anyway, we didn’t get that grant.

Kavita: It’s crazy. At a time when the state should be counselling people and showing compassion, more than anything else, you see so much violence and suspicion.

Disha: Yes. A pizza delivery boy tested positive and there’s mayhem in South Delhi. And to think, he was feeling fatigued for a month before he got tested. How many others like him would not even think that was cause to ask for leave or get medical treatment? Instead there is so much panic and blaming of the working class in spreading the virus. Or, the other thing, which is that the poor should be so grateful for all the government is doing to feed and shelter them? What does being a citizen in this country mean? It makes my head hurt. Talking of which — how’s the yoga?

Kavita: Good. My cat is part of all my sessions. I’m sending you some pictures. I could run a handle on Instagram like the ones you keep forwarding me! 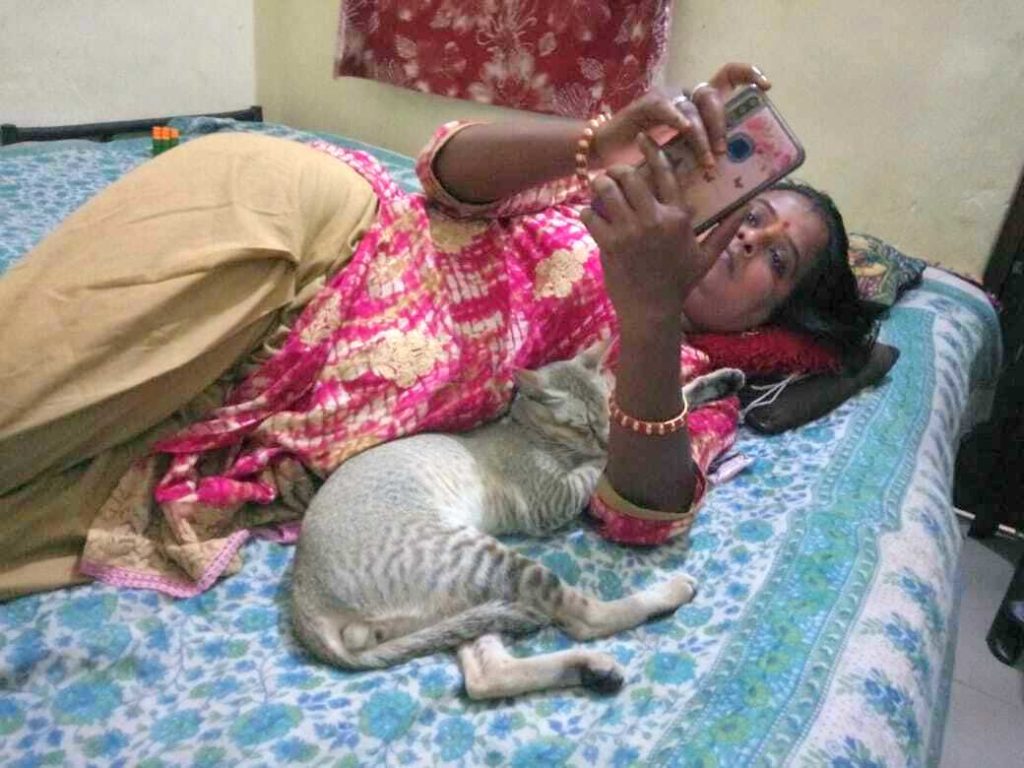 For more on-ground reporting on how the pandemic is panning out in the north Indian hinterland, subscribe to COVID 19, The Last Mile, Khabar Lahariya’s weekly special newsletter.