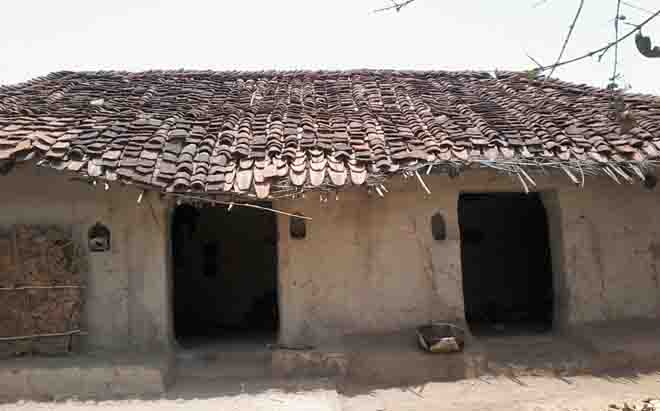 Over the last 10 years, crippling drought, water and job scarcity have forced lakhs of people to migrate outward from Bundelkhand. In 2006, Khabar Lahariya undertook a survey on migration across 24 villages and five blocks in Chitrakoot district. Thousands of farmers, landless labourers were migrating out of their villages in droves. At least one person from each family had left for a town or city in search of more reliable livelihoods. Incidentally, that was the year when the Mahatma Gandhi National Rural Employment Guarantee Scheme took wing.

Cut to 10 years later, in May 2016, Khabar Lahariya revisited the surveyed villages. Our objective was to measure the effects of MGNREGA and how migration had persisted in the face of successive droughts. Consider this: If in 2006, we found one person per household migrating, then, by 2016, entire villages were. The first post-Indpendence census, held in 1951, reveals that 83 per cent of India’s populace resided in its villages, 17 per cent in urban areas. Five decades later, the 2001 census shows that while 74 per cent of the population lived in rural India, 26 per cent now called urban areas home. The data indicates that large-scale migration from rural to urban areas is a trend that has only gathered steam.

According to our re-survey, people migrating from Chitrakoot are mostly from Ramnagar, Pahadi and Mau blocks. Landlessness is one of the primary reasons for this migration. Also, MGNREGA has not been as effective in providing alternate livelihood options. Government apathy towards the unemployed is another major driving force. Sardhuva village is one of the largest in Ramnagar block; majority of the village is Dalit. Rajiv, one of the few residents who stayed back, says, “Ours is one of the largest villages. But look at the numbers – out of a population of about 10,000, nearly 2500 people have already migrated. Only the elderly have stayed on.”

Chitrakoot’s adivasis are even worse off. Among the Kol adivasis, only one of 10 owns land. Landowning adivasis own a mere one or two bighas of rocky land in forest areas, which is mostly uncultivable land. Farm labour is the primary occupation. Around 1000 Kol adivasis from Tikariya village have migrated to big cities such as Kanpur, nearby Allahabad, Lucknow and Delhi. Ram Lallan Kol tells Khabar Lahariya, “Most of us are small and marginal farmers. In our village, except for 25 farmers, the rest have taken loans from banks. We have no option but to migrate to clear our debts. Four from my family have migrated; two have gone to Kanpur and the others to Shankargarh.”

Almost all villages in the Patha region have migrated out. Dodamafi village wears a deserted look, as all families, save one, have left. More than 100 people migrated from Karwi, their children in-tow. Once in school, migration has taken over their daily timetables now.

Local social activists Ashish Sagar and politicians claim that a cabinet committee had presented a shocking report on drought and migration to the Prime Minister’s office almost two years ago. No action has been taken since. The report gives the following statistics on migration from the Uttar Pradesh region of Bundelkhand. 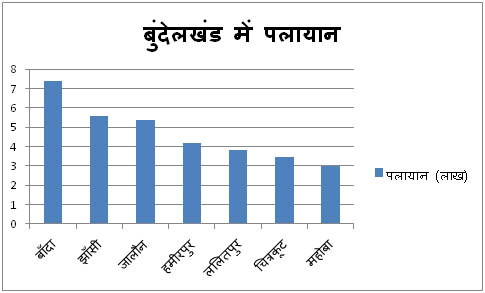